Solicitor struck off for weaving elaborate “web of deception” 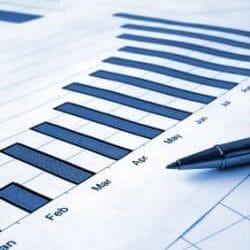 An experienced partner has been struck off after dishonestly drawing on hundreds of thousands of pounds of client money to top up private investments, and then covering it up.

The ensuing “web of deception” involved faking letters about non-existent investments he had claimed were purchased with the misappropriated money and inventing extensive correspondence to obscure the omission.

In mitigation, he submitted medical evidence that at the time he was suffering from a psychiatric illness and a personality disorder.

An agreed outcome between the Solicitors Regulation Authority (SRA) and Mark Henry David Payne, which has been approved by the Solicitors Disciplinary Tribunal, also revealed that the solicitor paid some £1.8m out of his own pocket to settle invoices payable by clients of his firm, Cheltenham-based Wiggin Osborne Fullerlove.

Mitigation put forward by Mr Payne said this “clearly irrational and inexplicable behaviour” was evidence of the medical issues identified by doctors who examined him.

Mr Payne, who was born in 1961 and admitted in 1987, admitted all 11 allegations of misconduct and did not submit there were any exceptional circumstances.

The tribunal said it considered the “level of culpability and harm” of the misconduct to be “high”, aggravated by admitted dishonesty.

As the SRA investigation began, a cash shortage on client account at the firm was discovered totalling £1.6m.

The funds initially misappropriated belonged to a long-time client of the firm, AG, who was holding them on trust for his children. Mr Payne faked a letter in 2007 purporting to record a legitimate investment made to justify the withdrawal, which he inserted into the file.

He also wrote to AG falsely claiming that he had invested money in AXA bonds on his behalf – even giving a spurious valuation – when he knew he had not.

Seven years later, Mr Payne sent a letter to one of the children purporting to include details from AXA of the investment. He admitted to the SRA that this was a “horrific complete work of fiction”.

He also faked a letter to AXA which lay on the file in case anybody asked what was happening.

He claimed he always intended to buy bonds to the values he gave, if necessary from his own funds, at a later date.

When he finally came to purchase investment bonds in late 2015, he used £670,000  of funds from another client’s estate, claiming he had authority to do so when he did not.

Mr Payne also fabricated email correspondence purporting to come from London firm Charles Russell Speechlys, which said it was acting for AXA over a complaint he had made about the bonds.

Mr Payne told the SRA investigator: “I’m absolutely ashamed that I, even if I was ill, could ever have dreamt that this was the right… way to [behave].”

In two other incidents, Mr Payne admitted to authorising payments of nearly £700,000 from monies belonging to clients when actually he had no authority to do so.

From the SRA investigation, it appeared Mr Payne had made a personal investment in Foresight European Solar Fund LP with a commitment of €2m (£1.73m).

He told the investigator he feared he would forfeit the money he had paid out if he failed to meet a demand from the company of €760,000 and so needed the AG money to make up the remainder of the payment.

In mitigation, a heavily redacted statement said Mr Payne apologised for letting down his colleagues and clients. It added: “In the period leading up to and during these events, [he] was suffering (and continues to suffer) from depression and significant abnormal personality traits.”

Difficulties in his personal life, including the death of his mother, coincided with increasing pressures at work, such as long-running litigation and a number of trust disputes.

The statement said “the extent of Mr Payne’s delusion” was illustrated by his “remarkable behaviour in terms of the substantial payments that [he] made from his own resources In respect of client bills which were properly chargeable to, and payable by, [the firm’s clients]”.

It was claimed these payments totalled “in excess of £1.8 million”.

Mr Payne submitted evidence from a number of consultant clinicians. The mitigation said it was a “compelling body of medical opinion that seeks to explain the reasons behind [Mr Payne’s] extraordinary behaviour”.

In addition to being struck off, it was agreed he would pay costs of £12,405.