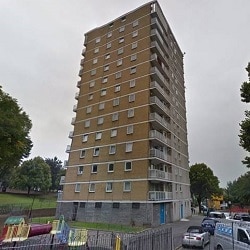 A solicitor convicted of illegally subletting his council flat knew “right from wrong” despite ill health and personal problems, the Solicitors Disciplinary Tribunal (SDT) has found.

The council’s tenancy audit team was first alerted that the property at Rawlinson House might be sublet after people were seen moving out of the property.

He pleaded guilty to dishonestly subletting the flat and received a custodial sentence of 12 weeks, suspended for two years, and was ordered to pay costs of £5,000 and pay back unlawful profits of £3,496 to the council.

He appealed unsuccessfully in March 2019.

Mr Raza reported his conviction under the Prevention of Social Housing Fraud Act 2013 to the Solicitors Regulation Authority in May 2018.

He admitted that through his conviction, which involved dishonesty, he had also lacked integrity.

The tribunal found that Mr Raza was receiving £650 per month from the sub-tenant, some of which he used to make improvements to the property.

Counsel for Mr Raza said that, from 2010 to 2015, he had been subject to “serious life-threatening health conditions which had clouded his judgement”, the details of which were redacted from the ruling.

Although Mr Raza was unaware that illegally subletting the flat had become a criminal offence, his counsel said he pleaded guilty to it, which was “indicative of his true character” and “moral soundness”.

He explained that Mr Raza had been “compelled” by ill health to move back to Birmingham, where he could stay with family and friends.

The solicitor had “acquiesced” to the sub-tenant’s “threat” that if any steps were taken to evict him, he would report Mr Raza to the landlord.

The tribunal rejected the suggestion that the sub-tenant had been a trespasser and accused Mr Raza of making an “active decision” not to report him to the council, which could have taken the “necessary steps” to evict him.

Mr Raza did not report the sub-tenant because he was receiving rent and because he wanted to retain his tenancy, which the council “may have had good reason” to terminate.

Despite suffering “bouts of serious illness” during the period of sub-letting, the tribunal said Mr Raza also experienced “long periods of stable health when he could and should have applied his mind to his conduct”.

Mr Raza’s poor health and the break-up of his relationship with his partner, with whom he had a baby in 2010, “were not such as to have nullified his ability to separate right from wrong”, the SDT found.

This was no ‘moment of madness’, but a “deliberate and calculated” course of conduct.

The SDT said while it accepted that he was not an experienced solicitor, Mr Raza “was not a man without life experience or an understanding of legal matters”. He had “sufficient knowledge” to understand the nature of his actions.