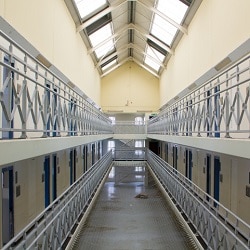 The joint head of a law firm’s prison law department has agreed to be struck off after making legal aid claims for prison visits which never took place.

Matthew Smith, based at Reeds Solicitors, admitted he had been “reckless” in creating inaccurate attendance notes and making inappropriate expenses claims from the Legal Aid Agency (LAA).

In an agreed outcome, the Solicitors Regulation Authority (SRA) said its decision not to pursue an admission of dishonesty – made on the grounds of proportionality – was “conditional and contingent” not only on Mr Smith being struck off but undertaking never to apply for readmission to the roll.

The regulator said the solicitor had wrongly claimed up to £3,248, breaching his position of trust with the law firm and LAA, and putting the firm’s legal aid contract at risk of termination.

The fact that many of the claims were made “before or shortly afterwards on the day of the purported visit, or close in time afterwards”, when Mr Smith would have known that the visits had not taken place, suggested “planned conduct”.

The tribunal said Reeds dismissed Mr Smith following an investigation but he was employed by another law firm.

In mitigation, Mr Smith said there were “a number of factors in my life that were causing me significant disruption”, and said he had provided the tribunal with evidence documenting them.

He said some of the examples given by the SRA were legitimately claimed expenses. “However, due to my incompetence and negligence in keeping accurate notes of all files and time recording, I am unable to prove this in any event.”

He went on: “Being a criminal solicitor means that I’ve spent my career working hard to ensure justice for some of the most vulnerable people in the community. I am proud of my achievements in helping people from all backgrounds and ways of life.”

Mr Smith said he never “anticipated or expected that something I had worked so hard to achieve in my life would be voluntarily given up due to severe and serious lapse in judgement.”

The solicitor admitted submitting inappropriate expenses claims for reimbursement to the firm of mileage and car parking expenses relating to the prison visits.

He also admitted creating inaccurate attendance notes for visits between June 2016 and April 2018, including recording time and disbursements for visits “when he had not attended upon those clients on those dates”. The solicitor admitted that his conduct was reckless.

In one case, he claimed expenses for a client at HMP Berwyn near Wrexham. He admitted to the SRA that he had not gone to the prison, despite recording 268 miles for the trip.

In another case he claimed expenses for visiting a client three times at HMP Highpoint in Suffolk, but the Prison Service confirmed that all of the visits had been cancelled.