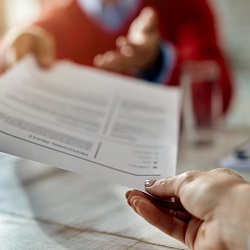 An experienced solicitor who told a prospective employer that she was still in work, when in fact her former firm had sacked her several months earlier, has been struck off.

Julie Margaret Holdaway, who qualified in 1993, compounded her misconduct by giving her recruitment agent a false explanation for why she had left Essex and Suffolk firm Fairhurst Menuhin & Co.

The Solicitors Disciplinary Tribunal (SDT) heard that she lost her job as a residential conveyancer in September 2018 but told Clayton Legal that she was still working there when she signed up to the recruitment agency.

In May 2019, at an interview with two partners of Essex firm Kew Legal, she said she was looking to move because the office where she worked was not busy and that “on a bad day” she was the only person there.

They offered her a job subject to references, but Clayton Legal reported that she wanted to negotiate a higher salary than the £34,000 she was supposedly on.

Another partner then became involved and asked Clayton to confirm the one month’s notice period Ms Holdaway had mentioned in the interview. Thinking it was a bit short, he contacted Fairhurst Menuhin, which revealed she had actually been dismissed eight months earlier.

Asked for an explanation by Clayton Legal, Ms Holdaway said she had been let go because her previous employer did not have enough conveyancing work for her. She told the recruiter that her employment ended “really positively” and Fairhurst would provide her with a full reference.

Fairhurst Menuhin subsequently told the SRA that she had only been employed from 2 July to 11 September 2018.

It said: “Due to repeated illness on her part and her husband, who was apparently in and out of hospital at the time, she only attended the office six days in July and 10 days in August. She barely came in in September which then led to her dismissal.”

Ms Holdaway told the Solicitors Regulation Authority that she was “too ashamed to advise I had been out of work for some time”.

The SDT found that she had acted dishonestly and without integrity. Her conduct was “a significant departure from the complete integrity, probity and trustworthiness expected of a solicitor”.

It added: “The fact of being unemployed is not a cause for shame or embarrassment, whereas misrepresenting facts and lying to a prospective employer was wrong and a material breach of the [her] obligations to protect the public and the reputation of the legal profession.”

The tribunal noted too the harm done to the reputation of Clayton Legal, quoting the recruiter as saying: “As you can imagine when I work with solicitors at this level, you don’t think to even question that what they are telling you in the absolute truth.”

Ms Holdaway did not appear at the hearing and provided no mitigation. The SDT struck her off and ordered her to pay costs of £2,000.