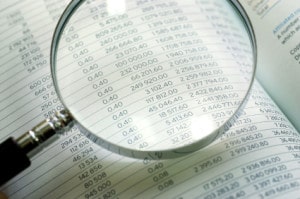 SDT: solicitor created duplicate accounts “to conceal what had been done”

A solicitor who pretended to be carrying out litigation, providing e-mail updates on a case which did not exist, has been struck off by the Solicitors Disciplinary Tribunal (SDT).

The tribunal said it did not know the motivation for Stephanie Berry’s misconduct, but it continued over a period of time and “some of her actions were clearly planned rather than spontaneous”.

The SDT went on: “The tribunal noted that before leaving [her job], [she] took steps to close off the case; she took money from another client’s account, falsifying probate records in order to do that and sent a cheque for the exact amount of the maximum damages the client had intended to claim and the court fees to the client.”

It said the solicitor, who was born in 1978 and qualified in 2005, “knew that no proceedings had been started, continued or concluded and on that account she knew that what she was doing was dishonest”.

The tribunal heard in SRA v Berry (case no. 11384-2015) how Ms Berry had been working at the former firm of Garstangs Solicitors in Bolton, which dissolved in April 2012. Michael Garstang went on to become senior partner of a successor practice.

The SDT heard that Mr Garstang found out, by making enquiries at the local county court, that no proceedings had been issued for one of Ms Berry’s clients, referred to as ‘Ms NO’.

Mr Garstang told the tribunal that Ms NO was in dispute with a neighbour and wanted to issue county court proceedings for damages of up to £800.

“The tribunal found that there was no positive evidence that the proceedings for Ms NO had ever been issued and the respondent did not herself claim to have issued them; she simply denied the allegation in its entirety.”

However, the SDT said Ms Berry provided the client with updates on the non-existent proceedings, including by e-mails and a letter.

The SDT said Ms Berry relied in part on the assertion that her cognitive abilities had been impaired, but had provided no evidence.

The tribunal heard in that Ms Berry received a complaint letter from Mr Garstang in May 2012, alleging a wide range of offences. The letter was followed by an investigation by the Solicitors Regulation Authority (SRA), beginning in October 2012.

The SDT found that Ms Berry had, between April 2011 and March 2012, transferred money from an estate account of one client in order to pay off other clients, including ‘damages’ in the fictitious litigation.

The tribunal said there was a discrepancy in the accounts of Mr R’s estate, where a sum paid in respect of a “boiler replacement”, £1,050, amounted “exactly to the amount of damages claimed by Ms NO at £800 and the court fee of £250”.

The tribunal said it did not consider that this could have been an administrative error, and Ms Berry “was the only person who could have created the duplicate accounts” to “conceal what had been done”.

The SDT said creating estate accounts to conceal what had been done indicated an “active state of knowledge” and dishonesty was “found proved on the evidence to the required standard in respect of the respondent’s actions concerning the estate of R.”

Mr Berry was also found to have breached the rules, including the accounts rules, by using client money for the benefit of other clients not entitled to it.

However, an allegation that she had misappropriated clients’ funds was not upheld by the SDT, along with a further allegation that she misled solicitors in relation to an application to rectify a Land Registry entry and when communicating with the HMRC.

However, the tribunal said she had breached SRA principles by writing misleading e-mails and a misleading letter to Ms NO, as well as being dishonest.

In mitigation, Ms Berry said in a statement that she had no intention of ever practising law again and cited mental health problems and depression.

However, the tribunal responded: “As to mitigating factors, she was clearly unwell at the material time but she had provided no evidence that her medical condition had affected her cognitive abilities such as would amount to a defence.”

Ms Berry was struck off and ordered to pay costs of £15,200, which had been reduced by 20% to reflect the unsuccessful allegations.