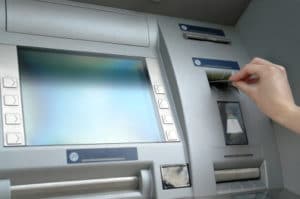 Money: solicitor was paid in cash but didn’t enter it in ledger

An experienced solicitor has been struck off after dishonestly pocketing cash payments from clients, claiming he was recouping money owed to him by the firm at which he was a consultant.

Ian Brill, who was born in 1951 and admitted in 1977, was a consultant at The Miah Solicitors Limited in Leeds.

The charges included that Mr Brill had attended clients’ homes with his wife to draft wills and sought – and obtained – payments in cash behind the back of his firm.

As well as failing to account to the firm for cash from five clients totalling £780, it was alleged that he had offered discounts for cash and failed to provide formal bills, client ledgers and payments into client account.

The misconduct came to light after a manager at the firm conducted a review following a complaint from a client in March 2015.

The solicitor claimed that he was working on a commission basis and that he was owed payments from the firm; he said he was simply taking cash from clients by way of a ‘set-off’.

The Solicitors Disciplinary Tribunal rejected the claim, saying: “Any solicitor… would have been fully aware of the sacrosanct nature of client money, and the need to account for that.”

The tribunal also found proven an allegation that, when conducting four matters, Mr Brill failed to comply with court directions in a road traffic case, prepared an inadequate court bundle in family proceedings, instructed counsel late in a right of way dispute, and prepared defective wills.

In mitigation Mr Brill claimed he had difficulty in working with Mr Miah.

His wife had accompanied him on home visits in case a witness was required to documents.

He claimed that he had become “depressed and demotivated” and while he accepted that his own accounting and administration was lacking, he maintained that the amounts of money involved were “de minimis” when compared to the “far larger sums” he claimed to be owed in salary and commission. He admitted his conduct had lacked integrity,

Striking off Mr Brill, the tribunal said he had been “motivated by… financial gain” and that by arranging “surreptitious home visits”, the misconduct was “clearly planned”.

The tribunal judged that the presence of his wife was in order to conclude the matter “such that the client would not need to attend the office, leaving the firm unaware of any financial transactions”.

It found he was “entirely culpable for his misconduct”. It continued: “The respondent’s actions were deliberate, calculated and repeated… the respondent knew that his conduct was in material breach of his obligation to protect the public and the reputation of the profession.”

Although Mr Brill “had a previously unblemished record and shown insight into the admitted matters”, his misconduct was “at the highest level” which required that he be struck off.

Mr Brill did not attend the hearing on 3 October, citing medical grounds, despite being offered a hearing by way of a video link.

The tribunal rejected evidence that attending the hearing on the specified date would have a negative effect on his mental well-being because no formal application for adjournment was made.