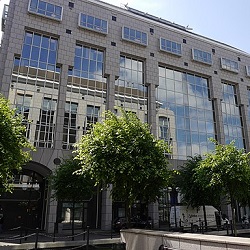 A solicitor and former councillor jailed for housing fraud has accepted that he must now be struck off the roll.

In November 2019, Muhammad Halon Miah Harun was sentenced to 16 months after pleading guilty to two counts of defrauding the London Borough of Tower Hamlets.

He also paid compensation of £125,000 to the council after it provided him and his family with accommodation that should have been gone to a homeless family.

Mr Harun qualified in 2011 and was an assistant solicitor at leading legal aid firm Duncan Lewis until 2019.

He and his family were first housed in council accommodation in January 2006 after they were evicted. It was made clear to him that he had to inform the council of any change in his circumstances, including buying a property.

He nonetheless failed to tell the council when he bought a property in July 2007, continuing to live in the temporary council housing until 2010, when he successfully bid for a tenancy at a three-bedroom home.

During that period, Mr Harun made 451 bids under the council’s bidding scheme for social housing properties, which he was not entitled to do because of the property he owned.

Mr Harun sublet the council home, only giving it up in 2018. He bought a second property in 2013. The council calculated that the total losses it suffered were £125,000.

He was elected as a Labour councillor on Tower Hamlets council in May 2018 and stood down seven months later when the fraud investigation was announced. He initially said he intended to clear his name.

The sentencing judge, His Honour Judge Sanders at Snaresbrook Crown Court, said the length of time over which the fraud was committed, the multiple applications for social housing and false declarations warranted a custodial sentence.

The Solicitors Disciplinary Tribunal (SDT) approved an outcome agreed by the Solicitors Regulation Authority (SRA) and Mr Harun, who did not dispute that he should be struck off.

In it, Mr Harun acknowledged that he had “failed” his family, former employer and the council.

He said that while he had “stumbled” in his personal life, “professionally I believe I had performed outstandingly”. He is now working as an apprentice bus driver.

“This is a dark moment for me and I am very sad and hurt. I am losing the most prestigious achievement of my life.

“I can assure you that I am learning and I will continue to learn from this. I apologise to the SRA and to the SDT for not meeting the expectations that was placed upon my shoulders.”