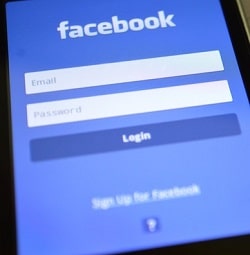 A solicitor who wrote on Facebook that it was a shame a plane carrying Jewish refugees had not blown up has been handed a 12-month suspension and £25,000 fine after the Solicitors Disciplinary Tribunal found his “despicable” comments to be anti-Semitic.

However, the suspension of Majid Mahmood has itself been suspended for a year.

He was also found to have acted with a lack of integrity in sending another Facebook message that was anti-Zionist and then dared someone who complained to report him to the Solicitors Regulation Authority (SRA).

The tribunal said that the fact he was posting on social media in a private capacity – though his profile said he was a solicitor – “did not protect him from being held to the higher standards that apply to all those who benefit from the privilege of membership of an esteemed profession”.

It added: “Being a solicitor was not a feature of one’s being that one could switch on and off as one chose.”

The SDT said: “Causing offence to the public to the detriment of the collective reputation of the profession was unacceptable.

“The intemperate language used, the hatred manifested, including against Zionists as well as Jewish people, and wishing them dead by graphic means were terrible ideas for a solicitor to be promoting.”

Mr Mahmood was born in September 1976 and was admitted in 2005. At the time he was a criminal defence partner at Luton firm City Law Chambers, and is now a director at fellow Luton firm Liberty Law Solicitors.

In October 2015, he posted on Facebook: “Somebody needs to shoot all the Israeli Zionists dead then send their bodies to America as a present for Obama and his Zionist pals.”

This was in response to a video Mr Mahmood said showed the killing of women and children by Israeli defence forces, an explanation which the SDT gave him “the benefit of the doubt” by accepting.

When a member of the public asked him what the SRA would think of his post, he replied (with errors left in): “Yeah feel free to report me. Don’t see you saying much about the atrocities committed by the Zionist’s. It’s freedom of speech. But Funny how after having views the killing of innocent children and the systematic assassination of people by a nation that is fuelled by greed all you can do is threaten me that you would report me to the SRA. Don’t read my comments if you don’t like them.”

That member of the public did report him.

Then, in February 2016, Mr Mahmood posted on a page entitled ‘Israel is a War Criminal’ (again with the errors left in): “The ain’t gods chosen people they’re Satans love child’s and it’s a sham e the plane carrying them didn’t blow up mid air.”

The SDT found that this message was in response to an article about Jewish refugees being airlifted from a troubled country to Israel.

Another post, in response to a user’s comment, stated (errors left in): “Condoning… Read the words, but as a typical Zionist Israeli tear you can try and twist the words. Mad don’t threaten me go and fuck yourself.”

This exchange was reported to the SRA by the Campaign Against Antisemitism on behalf of a member of the public. Mr Mahmood deleted his Facebook account shortly after, and before he had been contacted by the SRA.

There was a lengthy debate before the tribunal about the definition of anti-Semitism and it ended up judging the comments against three different definitions: the one accepted by the UK government, the Oxford English Dictionary’s, and a narrower one from a report by Professor Gus John commissioned by Mr Mahmood which said that, to be anti-Semitic, the hostility towards Jews had to be because they are Jews and not because they happen to be Jews.

The SDT ruled that any individual making the 2015 posts “with their expression of violence towards others crossed the line and acted without integrity”. For a solicitor to do so was “a clear lack of integrity”.

It also criticised his defiant response to the member of the public who challenged the post and the way he was “entirely dismissive of the regulatory machinery and the attention that the post might attract”.

However, the SDT said the 2015 posts had not referred to Jews, only “Israeli Zionists” – it found that the words “nation fuelled by greed” also referred to Zionists.

The 2016 posts also showed a lack of integrity: “The tribunal found that the respondent’s post in which he suggested that it was a shame that a plane carrying people did not blow up in mid-air whatever the context of that comment to be wholly indefensible.

“The tribunal could not comprehend how a solicitor posting in even a private capacity could espouse that view openly to a wider public. His comments went far beyond exercising his right to freedom of speech…

“For a solicitor to pray in aid freedom of speech and then abuse that qualified right which was not afforded to people in other parts of the world was unconscionable.”

This comment was anti-Semitic when judged against all three definitions, the SDT concluded.

“The reference to Jewish people, as the tribunal found, as Satan’s love child, was pejorative, derogatory and religiously offensive.” The comment about the plane was “despicable”.

Deciding sanction, the SDT said the conduct was within Mr Mahmood’s total control and responsibility, including mentioning the fact that he was a solicitor.

It dismissed his suggestion that it was the fault of Facebook for drawing people into controversial debate.

“When giving his evidence, the tribunal was left with the impression of a respondent who lacked any appreciation of the gravity of what he had done wrong coupled with the feeling that he was the victim of events and that he was being picked on by both those who did not share his views and his professional regulator.

“His attempts to blame Facebook for ‘drawing him in’ showed a lack of accountability and responsibility for his actions.”

Mr Mahmood said he was not anti-Semitic and had Jewish friends, naming two barristers he had known for many years both professionally and personally. However, the SDT noted that neither provided testimonials for him.

It was prepared to accept his counsel’s submission that he was not anti-Semitic in his everyday life, but continued: “The tribunal recognised that people who are not by character anti-Semitic were nevertheless still capable of committing anti-Semitic acts.”

The SDT was particularly dismissive of counsel’s suggestion that the anti-Semitism proved was at the “lowest end”, saying: “It was not open to a solicitor to behave in a more or less anti-Semitic way; he either behaved in an anti-Semitic way or he did not.”

Allowing his counsel to make such a suggestion in itself demonstrated Mr Mahmood’s lack of insight, it observed.

A significant sanction was required otherwise the tribunal risked undermining the “hard work done by the SRA and the Law Society and solicitors generally on improving attitudes towards equality and diversity”.

A suspension was an appropriate penalty and would also “bring home” to Mr Mahmood the gravity of his misconduct.

Further, it would “put in place protection for the reputation of the profession to minimise the risk of repetition by means of a period of reflection for the respondent in the knowledge that similar misconduct during the period of suspended suspension will result in a reference to the tribunal”.

The tribunal recorded that the SRA had reported Mr Mahmood to the police but that no action had resulted.