Solicitor sanctioned for role in fraudulent transfer of Islamic centre 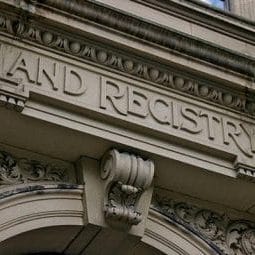 A solicitor who recklessly facilitated a “dubious transaction” involving an Islamic community centre has been fined £20,000 and given a suspended suspension.

The Solicitors Disciplinary Tribunal (SDT) heard that Mohammed Zahid Dar was persuaded by three fraudsters – who purported to be the trustees of the centre – to transfer it to a third party for no money at all, having initially instructed him to sell it to others for £1.5m.

Solicitors for the one real trustee, whose two fellow trustees had died in 1998 and 2015, contacted Mr Dar and informed him of the fraud.

The trustee’s solicitors later contacted the Land Registry and details of the fraudulent transfer were removed.

The SDT rejected Mr Dar’s assertions that he was “not aware of any risk” and simply following instructions.

The tribunal said Mr Dar, a solicitor of 30 years’ experience “who professed to be risk averse” and “who claimed to only accept ‘straightforward’ conveyancing matters” was aware of the risks and “deliberately closed his mind to them”.

Mr Dar stated that conveyancing represented less than 3% of his practice because he was risk averse, and clients “were usually family members in respect of straightforward transfers of residential property”.

The solicitor, born in 1961, was a director of Dar & Co solicitors in Manchester. He was the firm’s COLP, COFA and money laundering reporting officer.

He was reported to the Solicitors Regulation Authority by Rahman & Co, solicitors for the real trustee, in March 2017.

Mr Dar received an email in February 2017 from Mr EF instructing him to act in the sale of the Islamic centre, on behalf of Mr EF, Mr AB and Mr CD – the registered owners of the centre.

A memorandum of sale was forwarded to Mr Dar, naming the buyer as Axmo Limited and the sale price as £1.5m, together with “purported identification documents”, including “what appeared to be a certified passport for each trustee”.

It later emerged that these were false and the solicitors said to have certified the passports had not.

Mr Dar told Mr AB that he would prefer the trustees to attend his office to sign the transfer – an invitation that was declined.

The solicitor later received an email from Mr EF saying that the sale would no longer go ahead, due to the buyer’s “unorthodox methods”, and the Islamic centre should instead be transferred to an estate agency owned by Mr GH, who was to be a new trustee, for no consideration.

The fake trustees signed the transfer in March 2017, which Mr Dar submitted to the Land Registry, and the Islamic centre was registered in the name of the estate agency, which was then to sell it.

The tribunal found there were various unusual features of the transaction which should have alerted him, such as the change from selling the property to giving it away to an estate agency which had no connection with the local community and did not need ownership to sell it on.

Mr Dar was found to have “facilitated a dubious transaction”, and in doing so acted recklessly and with a lack of integrity. He was found to have breached further rules by failing to follow his firm’s money laundering policies.

The solicitor admitted all the allegations apart from acting recklessly and with a lack of integrity.

“The tribunal concluded that the potential risk of harm was clearly foreseeable, with a potential considerable detrimental impact on a Muslim community who could have lost their valued community centre.”

However, the SDT said it had regard to the mitigation put forward on behalf of Mr Dar in that he did not instigate the fraud, he had made admissions and taken steps to reverse the transfer “once its fraudulent nature had been presented to him in no uncertain terms”.

Mr Dar was fined £20,000, reflecting the “very serious” nature of the conduct, and the tribunal said the conduct was also reckless such that it warranted further sanction to protect the public and the reputation of the profession.

In addition to a suspension of 12 months, suspended for two years, Mr Dar was banned from accepting any instructions relating to conveyancing or trusts indefinitely. He was also ordered to pay £23,200 in costs.