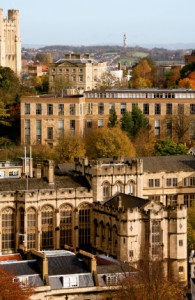 A former associate at leading Bristol firm Burges Salmon has been struck off for mishandling the estates of deceased clients.

Russell Rollings was originally reported by the firm to the Solicitors Regulation Authority when it discovered what he had been doing, and he was struck off by the Solicitors Disciplinary Tribunal (SDT) last week.

The SDT heard how he mishandled the payment of monies from client estates a number of times between 2002 and 2012, totaling tens of thousands of pounds, which he then attempted to cover up.

In one example, the SDT was told that, under pressure from an executor, Mr Rollings claimed he had sold shares belonging to an estate when he had not done so. There were insufficient funds in the account to pay all the beneficiaries the supposed proceeds of the share sales, so Mr Rollings took money from another client account to cover the shortfall.

When the original shares were finally sold, they realised more money than Mr Rollings had anticipated, and after restoring funds to the other client account, he improperly used a ‘suspense’ account – an account used for temporarily holding money – to store the excess funds.

Mr Rollings – who subsequently worked for another south-west firm and also sat on the committee of Bristol Law Society – admitted to the allegations of payments on behalf of clients’ estates; using funds improperly taken from other, unrelated, client accounts without his clients’ knowledge or authority; making statements which he knew were untrue; and using a suspense account in circumstances that he could not justify.

He also admitted to dishonesty in four of the allegations. As well as striking him off, the SDT ordered him to pay £16,000 costs.

Gordon Ramsay, SRA director of legal enforcement, said: “When loved ones have passed on, we trust solicitors to carry out their wishes and look after their estates. Mr Rollings failed to respect that position of trust.

“In the end, he was robbing Peter to pay Paul, and making false statements to cover his tracks. We won’t stand for dishonesty in the profession, so we welcome the tribunal’s decision.”

Mr Rollings has 21 days from the SDT’s publication of its judgment to appeal.