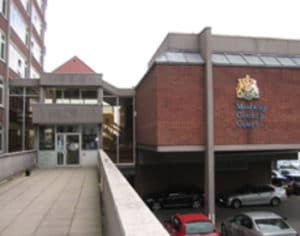 A solicitor acting for a father in a care case has been reported to the Solicitors Regulation Authority after it emerged she was in a personal relationship with a witness.

Her Honour Judge Cameron in Medway Family Court said it was the third occasion such an instance had occurred with the unnamed solicitor.

Her ruling on the care arrangements for three young children outlined considerable concern at the delays that had beset the case.

The judge also noted that there had been “unhelpful” parallel criminal proceedings at which the mother was acquitted of two counts following allegations of shaking the youngest child and attacking her brother, Mr B.

HHJ Cameron said: “For completeness, I recall that matters were somewhat delayed by the revelation that the woman solicitor representing Mr S, the father of the youngest child, was having some sort of relationship with the mother’s brother, Mr B, a witness and intervener in the case which might have produced some sort of confusion and conflict.

“That solicitor, perhaps unwisely, has attended both this court hearing and been seen in the public foyer, and also attended at the Crown Court, presumably to support Mr B. It was necessary therefore for Mr Kenny, Mr S’s counsel, having properly notified the court of this, to receive his professional instructions from a newly appointed solicitor in order to ensure a scrupulously fair article 6 complaint hearing.”

She said the matter was reported to the designated family judge for Kent and also to her court’s High Court family liaison judge. “I gather that some sort of complaint has now been made by the local authority about that solicitor’s conduct.

“Regrettably this is the third occasion to my own direct knowledge when an issue of conflict has arisen through this particular solicitor’s potentially conflictual behaviour in becoming personally close to parties or witnesses.

“I do not need to spend any more time on that issue beyond reflecting that it causes delay by having to have a new solicitor representing a client and also, no doubt, causes extra costs to the legal aid fund.”