Solicitor who received referral fees while on employment benefit struck off 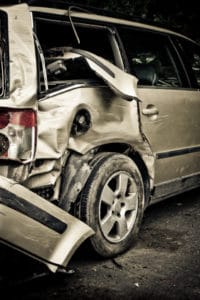 RTA referrals: solicitor should have known they imnpacted benefit eligibility

A personal injury solicitor convicted of benefit fraud after being paid for case referrals while receiving employment support allowance (ESA) has been struck off.

Ian James Anderson was convicted of dishonestly failing to promptly notify the Department for Work and Pensions of a change in circumstances which he knew would affect his entitlement to ESA.

In addition to the referrals, he was a publican for a short time – both were considered by the court to be work.

The magistrates found that Mr Anderson, who was born in 1966 and qualified in 2003, received overpayment of ESA totalling £7,436.

He was sentenced in May 2016 to a community order of 12 months’ supervision and 150 hours of unsupervised, unpaid work, in addition to a £60 surcharge and costs of £900.

Mr Anderson told the Solicitors Disciplinary Tribunal (SDT) that the referral fees related to people who had been in road traffic accidents (RTAs) and called him for advice, “knowing he had been a solicitor for many years”. He had passed their details on and been paid at the end of the cases.

“He had not been actively seeking work,” his counsel told the tribunal. He also sought to play down the period during which Mr Anderson’s name was on a licence for a public house, saying he received no income from it.

The main mitigation was Mr Anderson’s medical history, the details of which were not released in the tribunal ruling.

However, in deciding sanction, the SDT said the magistrates had taken his health into account, finding that he would have had the capacity to make the correct decision to notify the authorities of the changes in his circumstances.

It recounted: “The magistrates had stated in their written reasons that they found the respondent was not credible and had been unconvincing in respect of his assertion that he did not act dishonestly, believing that the RTA referrals were not classed as ‘work’, yet for which he subsequently received gain.

“They determined he respondent had carried out a range of activities in the public house which amounted to ‘work’.”

The SDT rejected the argument that Mr Anderson’s health problems amounted to an ‘exceptional circumstance’ that mitigated against the strike-off that normally followed a conviction involving dishonesty.

No independent medical opinion had been provided to support this assertion, it said.

An aggravating factor, meanwhile, was the fact that Mr Anderson had been suspended from practice in 2011 for three years after a tribunal found him in breach of various rules.

The SDT concluded: “The respondent had acted with a lack of integrity, he had failed to uphold the rule of law and the proper administration of justice and he had behaved in a way that did not maintain the trust the public placed in him or in the provision of legal services.

“In all the circumstances, the appropriate sanction was to strike the respondent off the roll of solicitors. This was necessary in order to protect the reputation of the profession.”