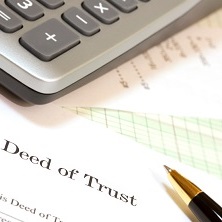 Deed of trust: Replaced without consent

A solicitor who amended a deed of trust to remove a beneficial interest has been rebuked for doing so without checking that the beneficiary had consented.

She accepted the rebuke in a regulatory settlement agreement with the Solicitors Regulation Authority (SRA).

In November 2001, a deed of trust was made appointing Person A as a trustee of a freehold property they owned. This provided that the property would be held upon trust for the benefit of Person B.

Twelve years later, Person B registered a restriction against the property, under the terms of the deed, to prevent Person A from selling it.

In 2015, Person A instructed Ms Dlay to annul the 2001 deed and prepare a new one to shift the beneficial interest to Person A; she did not check whether Person B knew about or consented to it.

The draft deed was sent to Person A for approval and returned signed by both parties. The signatures were witnessed by two accountants acting for Person B who Ms Dlay knew and had dealt with in the past. The deed was sent to the Land Registry and the restriction in favour of Person B removed.

Person A subsequently instructed Ms Dlay to sell the property. In 2019, before contracts were exchanged, Person B noticed that the restriction had been removed and instructed solicitors, who got the 2015 deed set aside for presumed undue influence.

The SRA decided that a rebuke was appropriate because “the conduct was reckless as to the risk of harm”.

It accepted in mitigation that Ms Dlay had relied on the witnesses, that it was an isolated incident with a low risk of repetition. Further, the conduct was not premeditated and deliberate, and the solicitor made no financial or other gain from her misconduct.