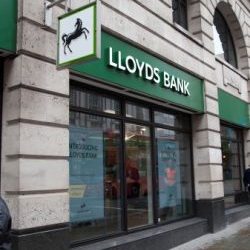 The head of a law firm who said she was lied to by a consultant solicitor, who paid £2.25m of property sale proceeds to a third party as part of a pattern of flagrant misconduct, has accepted a rebuke.

Emma Nicole Reese also failed to comply with an undertaking she gave Lloyds Banking Group that the solicitor, known only as ‘Mr 1’, would not conduct conveyancing transactions the firm handled for the bank.

Ms Reese, who qualified in 2002, was and is the principal of Rexton Law, a small firm in Elstree, Hertfordshire. The Solicitors Regulation Authority yesterday published a regulatory settlement agreement over his misconduct which means she will not have to go before a disciplinary tribunal.

Unusually, the agreement does not state why the SRA considers the sanction to be appropriate.

The SRA said it found irregularities in respect of conveyancing matters which Mr 1 had handled between December 2012 and March 2015, at which point he was suspended for two years by the Solicitors Disciplinary Tribunal (SDT) and his consultancy agreement with Rexton terminated.

In all of them, there were no client care letters, outgoing costs information or due diligence. “The firm subsequently provided some due diligence which was held centrally, although the FIO [forensic intelligence officer] noted that this was incomplete.”

The FIO also found that funds for the purchase of properties had been received into Rexton’s client account from third parties – in one case, they were deposited in cash, and from a money broker in another – without due diligence on the source or explanations why the purchases were funded by third parties.

In two transactions, the price of the property being sold increased significantly within a short space of time, without any explanation on the file.

“In these matters it was identified that Mr 1 appeared to have conducted work for the buyer, the seller and other parties. The conduct of these separate transactions had been recorded on the same client matter files and client ledger accounts.”

The FIO highlighted 26 property sales where the proceeds, totalling £2.25m, were paid without explanation to Ms SZ, who did not own the properties and, it turned out, had been in an individual voluntary arrangement since March 2013.

The agreement recorded that, in 2014, Lloyds decided to remove Rexton from its conveyancing panel because Mr 1 was facing disciplinary proceedings. Eventually the bank accepted an undertaking from Ms Reese that he would not carry out any further work on behalf of the bank.

However, the following year, Lloyds went ahead with removing the firm from the panel after identifying a number of transactions where Mr 1 had nonetheless acted for the bank.

The SRA said the firm’s “systems and lack of effective supervision allowed Mr 1’s misconduct to occur”. This was despite Mr 1’s repeated compliance failures being flagged in file audits produced by compliance consultancy Legal Eye.

In mitigation, Ms Reese argued that Mr 1 was an experienced solicitor known to another Rexton employee, while she knew the firm where he had worked for 17 years.

“Mr 1 said and it was understood by Ms Reese that his motivation for moving to another firm was to benefit more from the level of fees that he was generating. He stated that there were no problems or complaints outstanding at his current firm and this was believed and relied upon by Ms Reese and the firm.”

Ms Reese said Mr 1 brought with him a caseload, established client base, and administrative staff. “He appeared to Ms Reese to settle in well, to work hard, and to complete transactions diligently and regularly.

“Clients were happy with the work done. There were no complaints, and all indications were that Mr 1 was working entirely in line with the firm’s processes, standards and expectations.”

The solicitor said she only discovered that Mr 1 was the subject of an SRA investigation in early 2014, when the firm’s renewal of membership of the Conveyancing Quality Scheme was refused because she had failed to disclose it.

She said Mr 1 then misled her about the nature of the investigation; she was unaware he had actually been referred to a disciplinary tribunal and been accused of dishonesty. In March 2015, a tribunal found him to be dishonest by concealing matters from his then employers.

The mitigation said the firm’s policies and procedures “relied and rely upon trust between Ms Reese, her staff and consultants, including experienced solicitors such as Mr 1.

“Ms Reese believed that between her oversight of files and that of the firm’s external compliance auditors, regulatory compliance was being achieved. Ms Reese has implemented further protocols as a result of the SRA investigation.”

She argued that breaching the undertaking was inadvertent as Mr 1 had conducted transactions involving Birmingham Midshires, which was part of Lloyds Banking Group but at the time referred to as part of Bank of Scotland on its notepaper and mortgage offers.

Ms Reese apologised to the SRA and Lloyds: “She recognises that as principal of the firm she has a responsibility to ensure compliance and to supervise matters according to the level of experience of individual fee-earners.

“Ms Reese is disappointed that she and other members of the firm were deceived by Mr 1 and that the admitted breaches occurred, but she has learned from the experience and made changes within the firm to prevent reoccurrence.”