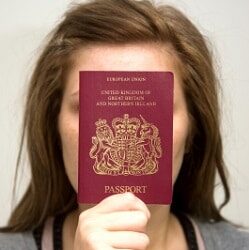 A solicitor who failed to report that a fee-earner he employed had been convicted of an immigration offence has been rebuked by the Solicitors Regulation Authority (SRA).

Qadier Hussain, at the time the sole manager and COLP of Berwicks Solicitors in Bradford, admitted in a regulatory settlement agreement that he exercised poor judgement.

In 2007, the SRA imposed a control order on non-solicitor ‘Mr A’ after it found that he misled a client and his employer while handling a personal injury claim.

Seven years later, the regulator gave permission for Berwicks to employ Mr A subject to conditions.

In May 2017, Mr A was arrested and charged with an offence under the Immigration Act 1971, although he did not tell Mr Hussain until March 2018.

“Mr Hussain carried out a risk assessment and concluded that Mr A posed no risk to the firm or its clients, but he did not report Mr A’s charge to the SRA,” the agreement recorded.

A few days later, Mr A told him that he had pleaded guilty following a Goodyear indication – a procedure that allows a defendant to ask the judge what the maximum sentence would be if they were to plead guilty at that stage.

The SRA said Mr Hussain “failed to investigate the circumstances of the criminal offence proceedings further and failed to report the matter to the SRA”.

It nonetheless became aware of the conviction and in September 2018 withdrew its permission for Mr A to work at Berwicks. He was sentenced in November 2019.

In mitigation, the agreement said, “he accepts that he exercised poor judgement, acknowledging that the risk assessment he carried out was insufficient to address the risks presented by Mr A”.

He had expressed regret and “shown insight” into his conduct, and said he had intended to report Mr A’s conduct to the SRA at the conclusion of the criminal proceedings but accepted he should have done so at the point he became aware of it.

The SRA said a written rebuke was the appropriate outcome “because the conduct was reckless and showed a disregard for regulatory obligations” and he should have known that the prosecution was “relevant” to conditional approval of Mr A to work at the firm.