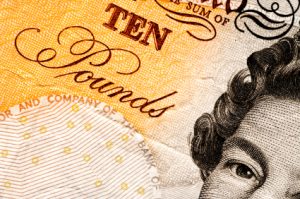 A solicitor has been fined £1,300 by the Solicitors Regulation Authority (SRA) for taking his fees from a rent deposit after the client switched firms.

Among a series of sanctions handed out by the regulator, two other sole practitioners were sanctioned by the SRA – one for using “derogatory and offensive language”, the other for an assault conviction.

Harry Cottam, principal of Cottams in Birmingham, had been instructed by the client to grant a lease of a commercial property. After completion, the parties entered into a rent deposit deed.

The SRA said that instead of paying the £7,000 rent deposit into a separate deposit account, as agreed, Mr Cottam retained it in the firm’s general client account.

“Sometime later Mr Cottam’s client decided to move to a different firm of solicitors. Mr Cottam was notified of this and was asked to transfer all outstanding matters to the new firm.

“At that time, there was £6,828.24 outstanding in fees due to the firm. Mr Cottam took these fees from the £7,000 rent deposit he was holding. He then billed the client and sent the remaining funds to him.”

The client’s new solicitors complained and Mr Cottam admitted that, by taking fees from money specifically paid to his firm in respect of a rent deposit, he had breached the SRA Principles and accounts rules.

In mitigation, Mr Cottam said he “realises now that he should not have taken his fees from the rent deposit” and the SRA said he had “shown insight and remorse for his actions”.

He also wrote to the solicitors acting for his former client apologising and enclosing a cheque to reimburse the money taken.

Sole practitioner Richard Gregorian was sanctioned for using “derogatory and offensive language when describing a third party” in a series of text messages and emails sent to a client.

Mr Gregorian, principal of Gregorian Emerson Family Law Solicitors in Guildford, Surrey, was rebuked and ordered to pay costs of £825.

He was found to have breached principle 6 of the SRA Principles 2011 (failure to behave in a way which maintains public trust).

A third sole practitioner, Shahid Mumtaz, was rebuked and ordered to pay costs of £300 after he was convicted of common assault at Snaresbrook Crown Court. The court fined him £120.

Mr Mumtaz, principal of KBM Solicitors in Ilford, Essex, was rebuked and ordered to pay costs of £300.

Meanwhile in Devon, Kelly Pegg, former assistant solicitor at Bartons Solicitrs in Kingsbridge, agreed to leave the profession after misleading a client over court fees.

The SRA said Ms Pegg resigned from her post in the civil litigation department for health reasons at the end of 2014. Following her resignation, the firm’s head of litigation took over her files and “discovered potential misconduct issues”.

She then “misled her clients by failing to inform them that there were problems with the court fee and/or by maintaining that the application was being processed by the court”.

The solicitor also admitted failing to keep the file up to date and in order.

Ms Pegg admitted further rule breaches, though not involving failure to act with integrity, in two enfranchisement matters and a contentious probate matter.

In mitigation, she said that “due to ill health” she did not do the best for her clients.

“I accept that I should have taken time out of work to investigate my illness sooner. If I had, I would not have been working and unable to cope.”

Ms Pegg gave an undertaking to the SRA that she would remove her name from the roll, not apply for restoration to the roll and not work in any legal business undertaking reserved legal activities without the express written permission of the SRA.

Finally, Tariq Mehmood Bangash’s application for registration as a foreign lawyer for 2017/2018 was refused by the SRA because he was “not a fit and proper person” to practise, it revealed.

The regulator said: “He is not fit and proper because he was found to have acted dishonestly in connection with his application. His dishonesty related to the creation and submission to the SRA of a false certificate of good standing.”