Solicitor, paralegal and others face contempt of court trial over “inflated” PI claim 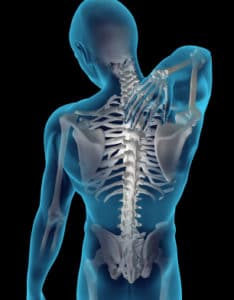 A solicitor, paralegal, GP and claims management company owner are all set to face committal proceedings for contempt of court shortly over an alleged fraudulent personal injury claim.

The High Court this week added seven further grounds alleging interference with the administration of justice and rejected one of the defendant’s application to strike out the committal.

It is alleged that Mr Iqbal sought assistance from High Wycombe-based On Time Claims, where the second defendant, Shafiq Sultan, referred the case on to Kamar Abbas Khan, the founder of now defunct Huddersfield law firm Taylor Knight & Wolff.

Mr Khan then instructed Med-Admin Ltd, a medico-legal agency run by his aunt, to arrange a medical report. It instructed Dr Asef Zafar of UK-Doctors.com to do this and in his first report, he indicated that Mr Iqbal had fully recovered from his injuries within a week.

Mr Justice Sweeney said: “It is alleged that, in order to falsely boost the value of the claim, and thus to enable the first defendant’s firm to obtain a significant costs award via the successful pursuit of it, on 24 February 2012 the first defendant instigated a revision of the original report via an email to Med-Admin Limited – asserting, amongst other things, that Mr Iqbal had ongoing moderate to severe pain in his shoulders and neck, mild to moderate pain in his wrists, and pain in his lower back, with a likely recovery period of 6-8 months.”

Mr Iqbal, who is a witness for the insurer in the proceedings, denies saying any of this.

The fourth defendant, Mohammed Shazad Ahmed, was a paralegal at Taylor Knight, and he accidentally included the original report in the trial bundle, when the second report had been served on the defendant.

As a result, the case collapsed in 2013, with the trial judge giving directions for an investigation into how the two reports had come into existence. Sweeney J said that there were then “a number of cover-ups” attempted by the first three defendants.

The hearing before Sweeney J concerned events after HHJ Walden-Smith had granted permission, with a focus in particular on the provenance of a witness statement made by Mr Sultan in support of Mr Khan’s explanation for the second report.

Sweeney J said: “Combining all the relevant evidence, there was therefore a strong prima facie inference that the first defendant had both drafted and signed the statement, and that each of the [relevant statements in it] was, to the first defendant’s knowledge, false.”

This accounted for five of the new grounds, and the judge also allowed two more against Mr Khan, namely that he made a false statement in his own witness statement, and that he forged, or caused to be forged, Mr Iqbal’s signature on a witness statement.

The committal hearing will be held in March.

Last year, the Solicitors Disciplinary Tribunal approved an agreed outcome that saw Mr Khan remove himself from the roll and not seek to restoration for five years over a series of accounts rules breaches that left the firm with debit balances of £43,000 in respect of 36 client matters.