Solicitor who paid ‘undercover policeman’ over £80,000 from client account is struck off 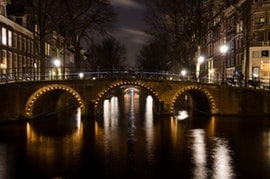 Holland: client claimed to be working undercover in country

A solicitor who loaned between £80,000 and £100,000 from the firm’s client account to a client claiming to be an undercover policeman has been struck off by the Solicitors Disciplinary Tribunal (SDT).

The SDT said that because Rose Egarr had not engaged with either the proceedings, it was “possible” that she had been deceived by the client, but “the position was not clear”.

Ms Egarr told the Solicitors Regulation Authority’s (SRA) forensic investigation officer that the man, referred to as MM, told her “he had been working in undercover policing in Holland” for the Eastern Region Special Operations Unit (ERSOU), a police unit set up to fight organised crime in counties from Bedfordshire to Norfolk.

Ms Egarr, 57, at the time a partner at Arthur Smiths Solicitors in Wigan, said that having instructed her in October 2013 – over what turned out to be the abortive purchase of a pub lease when his funds failed to materialise – MM told her he had £3.3m in a bank account in Holland.

Ms Egarr said MM later asked for advice on a compromise agreement he had made with ERSOU.

MM said he had received a cheque from ERSOU for over £330,000 under the agreement, but despite repeated assurances from him, “no funds ever arrived”.

Further assurances were given in correspondence with “individuals purporting to represent ERSOU”, but again no money came through.

The solicitor agreed to lend him money because he was “desperate” due to difficulties accessing his bank account in Holland and the money supposedly due under the compromise agreement”.

The SDT was told Ms Egarr “relied on various assurances from individuals working for ERSOU” as well as a bank that the money would be repaid. “However, for various reasons, those funds never materialised”.

The SRA’s investigation officer questioned Ms Egarr over a “number of emails which she exchanged with an individual calling himself MH who purported to represent ERSOU in connection with the funds purportedly due to MM”.

Ms Egarr said MH used a Gmail address, rather than an address connected to ERSOU, because “this was how ERSOU operated”, and ERSOU officers had visited her firm, though she could not give further details.

Asked whether she was concerned that she may have been the victim of a fraud, the solicitor “responded that it had crossed her mind”.

The SDT upheld all the allegations made by the SRA against Ms Egarr.

She was found to have caused to be paid to MM between £80,000 and £100,000 taken from the firm’s general client account “to which she knew MM had no entitlement”.

She also breached both the accounts rules and SRA Principles by keeping a shortfall on client account, failing to ensure proper accounting records were kept and failing to undertake reconciliations.

Ms Egarr was also found to have misled the SRA falsely stating that she was unaware of misuse of client funds and she had not used them for her own purposes.

In addition, she was found to have failed to comply with conditions on her practising certificate in 2014 relating to client money, failed to ensure that her firm had a COLP from May 2014 and COFA from February 2015, and practised as a sole practitioner without authorisation.

The SDT also found that in paying the money to MM and attempting to mislead the SRA’s investigation officer, Ms Egarr had acted dishonestly.

Andrew Walsh, Ms Egarr’s accounts manager and COFA from June 2013 to January 2015, admitted withdrawing funds from client account “in the knowledge that those funds would be loaned to someone who had no entitlement to them, namely MM”.

Mr Walsh also admitted failing to keep proper accounting records, and, as the firm’s COFA, failing to report to “improper withdrawals of client funds” to the SRA and the fact “the firm’s books of account were not in order”.

The SDT said Mr Walsh was “involved in misconduct at an earlier firm” in 2012, but was not made subject to section 43 order banning him from working for law firms until July 2016, almost 18 months after he had stopped working for Ms Eggar.

The tribunal said whether or not Mr Walsh was familiar with the accounts rules when he worked for her, he was a qualified management accountant and “was clearly aware that client money was being misused for the benefit of MM”.

The SDT found that Ms Eggar’s misconduct was “very serious”, including two findings of dishonesty, and there were no exceptional circumstances.