Solicitor paid himself over £800k from litigation funding schemes 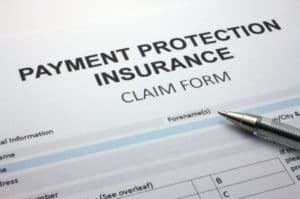 A solicitor who paid himself £817,000 out of litigation funding schemes set up to back his law firm has been struck off by the Solicitors Disciplinary Tribunal (SDT).

The SDT heard that Colin Ross Downie secured millions from various schemes for his firm, the Adjust Law Group, of which he repaid just £150,000.

The SDT said: “This was a very serious case of dishonesty involving large sums of money.”

Mr Downie admitted presenting “grossly over-inflated” work in progress (WIP) figures, claiming in June 2013 that the WIP figures for the firm’s PPI cases were £60m, although a further investment of £20m was needed to realise that sum.

Administrators were appointed for Adjust Law in December 2013 on the basis that the firm had WIP of over £3m – it turned out to be nil.

Approving an agreed outcome between Mr Downie and the SRA, the SDT heard that Mr Downie became a director of MJP Justice in 2006. Two years later he became involved with a group of companies set up to fund litigation relating to PPI and marketed by independent financial advisers.

The Isle of Man-based ‘G companies’ were created in January 2008, and Mr Downie’s firm, which changed its name to Adjust Law in 2010, secured “rolling credit” of £1.3m to fund PPI cases.

In total the firm received over £3.1m from the G companies before the flow of funds was switched off in November 2010, with little of it apparently used to fund cases. The firm repaid £30,400 to one of the companies.

Meanwhile, Mr Downie had started work on an unregulated investment scheme to fund PPI litigation with a target of £100m – which would also pay back the G companies.

As part of the process, he produced a ‘Business overview and explanation of business opportunity’ document, which claimed Adjust Law had the ability to process 1,000 cases per week, and the firm would have a net profit after tax of between £3m and £24m.

Whilst the scheme was being set up, two Belize-registered companies were also created to provide a revolving credit facility for the firm. As part of the agreement Adjust Law warranted that it was not insolvent.

These attracted more than 20 investors each and provided £3.7m in funding, none of which was returned.

Mr Downie later set up a new company, ALC Ltd, and registered it in Dubai to receive yet more money from investors.

ALC applied for the administration of Adjust Law in January 2014, with the documents signed by Mr Downie as director of ALC. Adjust Law had appointed administrators in December 2013.

“On the basis that the WIP had been revealed to be nil, the administrators made an application to be discharged.

“On 30 January 2015, the administrators were discharged and the firm was placed into compulsory liquidation.”

Mr Downie admitted that from 2008 to 2013 he sought investor funding for the firm in the knowledge that “funds previously transferred to the firm for the purpose of funding PPI cases had not been returned to the investors” and the financial situation was worsening.

He admitted misusing or directing the misuse of investor funds between 2008 and 2013, and knowingly misleading other in respect of the firm’s work in progress.

He further admitted failing to check for inaccuracies in the promotional brochure of Adjust Law Capital between 2012 and 2013.

In mitigation, Mr Downie insisted that the focus on PPI claims was based upon “a genuine desire to represent the consumer in circumstances where banks had overcharged their customers”, and that his decision to misuse investment funds to cover overheads was based on a “genuine subjective belief that ultimately costs generated by the firm would cover all overheads and payments owed to investors”.

Mr Downie agreed that he had acted dishonestly. He was struck off and ordered to pay £20,833 in costs.