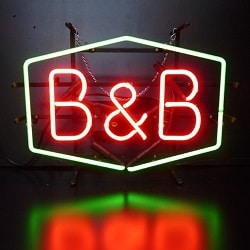 A solicitor who paid over £100,000 in income from her bed and breakfast and caravan park businesses into her firm’s client account has been fined £15,000 by the Solicitors Disciplinary Tribunal (SDT).

Family lawyer Valerie Walton-Knowles admitted acting recklessly, and with a lack of integrity, in allowing her client account to be used as a banking facility.

The Solicitors Regulation Authority (SRA) said that “throughout the period” from April 2012 to April 2016, Ms Walton-Knowles used her law firm’s credit card machine to receive money from caravan and bed and breakfast customers, only stopping when the regulator began its investigation.

Ms Walton-Knowles admitted that she knew this was a breach of the accounts rules but told the SRA that it had “started off being small amounts” and she had been “shocked to learn how much had in fact been paid through the account for her B&B business”.

The solicitor “maintained that the records, including the handwritten notes accompanying her receipts for her caravan park/bed and breakfast business were adequate for her purposes” and she confirmed that no client had suffered a loss.

Approving an outcome agreed between Ms Walton-Knowles and the SRA, the SDT heard that she was born in 1960 and admitted in 1992. From 1995 she had been sole director of Brooke Williams Solicitors, based in York.

Ms Walton-Knowles admitted acting without integrity and recklessly in allowing just under £102,100 to be paid into and held in her firm’s client account.

The SRA said: “It must have been within the respondent’s contemplation that when she paid these sums to her own personal account there was a possibility that client money may have been incorrectly allocated to the ledger for her caravan park and bed and breakfast business and part of the payments may in fact be money belonging to clients of the firm.

“She and/or the firm could (even by accident) mix the money of the firm’s clients with customers of her caravanning and B&B businesses and then pay out that money from client account to her personal account. This could result in clients suffering a loss.”

The SRA said the solicitor “either knowingly disregarded the risk to client funds or deliberately closed her mind to its existence”.

Ms Walton-Knowles admitted a string of other accounts rule breaches, ranging from withdrawing money from client accounts in excess of the money held on that account, failing to carry out reconciliations and failing to maintain proper accounting systems.

She also admitted, as her firm’s COFA, failing to report as soon as reasonably practical the material failures of her firm.

The tribunal said it was satisfied that her admissions were properly made, but asked the parties to explain why “they considered that restrictions on the respondent’s practice were unnecessary” to minimise the risk of further breaches.

Counsel for Ms Walton-Knowles said she had received “bad advice from external accountants, but now everything had changed” and she had “made major changes to the way she operated”.

Counsel for the SRA said she was no longer COFA for her firm, and if she wished to become one, she would have to go through an approval process.

The SDT noted the steps the solicitor had taken “to put things right” and approved the agreed outcome.