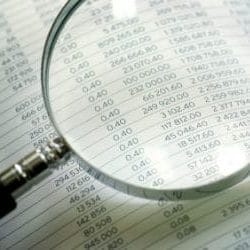 The head of a high street law firm who paid over £1.5m in staff salaries from client account over more than five years has agreed to leave the profession.

Susan Hall, who sold her firm Hertfordshire firm Susan Hall & Co last year, said all the payments were made by mistake and without her knowledge, and blamed new salary software she installed in 2012 for taking the money from client account.

In an agreement with the Solicitors Regulation Authority (SRA) that means her referral to a disciplinary tribunal will be withdrawn, Ms Hall said she was “not aware that monthly payments were being made for office expenses from client account” until she received a report from new accountants in October 2017.

“She did not review the firm’s bank account statements. The firm’s reconciliations and her previous accountant’s reports did not reveal the extent of office expense payments being made from client account.”

Ms Hall admitted, however, that she had “incorrectly signed” a direct debit form for conveyancing software payments to be paid from client account “on a misunderstanding that they were overheads for which clients were responsible”.

Ms Hall, aged 57, was admitted in 1990. She was sole equity partner at Susan Hall & Co until December last year, when the firm’s assets were transferred to Susan Hall & Co Solicitors Limited, where she is now a consultant.

“The forensic investigation established that the firm had improperly paid office expenses from client account over a number of years. Staff salaries, conveyancing software fees and bank charges had all been incorrectly paid from the firm’s client account rather than from its office account.”

In each case, a cashier made transfers from office to client account to rectify the improper payments up to 60 days afterwards. The cashier was able to make transfers without the knowledge or authority of the partners.

Ms Hall admitted that she allowed 70 improper payments to be made from client account for salaries, totalling £1.56m, 46 payments for conveyancing software fees totalling £26,000 and 72 bank charge payments totalling £61,000.

As part of her mitigation, Ms Hall stressed that she ran a profitable business and at all times had sufficient monies in office account and in unbilled costs in her client account to meet salaries and office overheads. The firm had not had an overdraft facility for 15 years.

Ms Hall agreed to apply to the SRA to remove herself from the roll by the end of this month, and not to be employed “in connection with the provision of legal services” by a solicitor or law firm for three years.

Meanwhile, in a separate agreement with the SRA, Beenu Rudki, who was an immigration director at Lewis Silkin in London, was banned from working for law firms.

She then “sent the amended email to the client, making it appear that the costs information had been included in the original version of the email sent to the client in October 2017, when it had not”.

The client later emailed a partner raising concerns about the costs information provided. Throughout the investigation into her conduct, Ms Rudki denied having amended the email. She resigned before the disciplinary process was complete.

The agreement said: “Ms Rudki’s conduct makes it undesirable for her to be involved in a legal practice because her actions demonstrate that she cannot be relied upon to deal with clients or her employers honestly.”

In deciding that the agreed outcome was “proportionate”, the SRA said it took into account the admissions made by Ms Rudki and mitigation that, at the time, she was “suffering from stress, anxiety and depression which, in the opinion of her consultant psychiatrist, may have impaired her judgement”.

Along with being banned from working for law firms without the SRA’s permission, under section 43 of the Solicitors Act, she was rebuked and agreed to pay £600 costs.

Ms Rudki told Legal Futures that she was cleared in an investigation by the Office for the Immigration Services Commissioner, by which she is currently regulated.