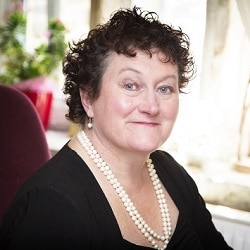 A large number of costs lawyers continue to see their practices boom amid more people challenging the fees they paid to their former solicitors, new research has found.

Members of the Association of Costs Lawyers (ACL) also support the Senior Costs Judge’s call for a review of the Solicitors Act 1974 costs provisions but are worried about the government’s planned extension of fixed recoverable costs.

Some 72 Costs Lawyers – just over 10% of the profession – completed the survey and 49% said they were busier than ever as a result of the pandemic, only slightly down on the 51% who said the same six months earlier; just one said work had dropped off.

A quarter of respondents said their businesses have had to recruit to keep up with demand.

As in most areas of civil litigation, remote hearings have been normalised and 28% saw no need to go back to in-person hearings at all, although the majority (61%) believed they worked fine for procedural matters but not final hearings.

One in four respondents said it was much harder to ‘read the room’ and tailor arguments accordingly through a screen.

The proportion of costs lawyers who have seen an increase in the number of solicitor/own client disputes continued to rise, from 46% in the first half of 2021 to 52% by the end of the year.

This industry, which is mainly focused on personal injury claims, continues to await the Court of Appeal hearing in Belsner over what constitutes a client’s informed consent to their solicitor deducting fees from their compensation.

The Senior Costs Judge, Andrew Gordon-Saker, has called several times for part 3 of the Solicitors Act 1974 to be revised, with the Senior Courts Costs Office seeing more solicitor and own client disputes and more going on appeal too.

Costs lawyers agreed with him – 62% of respondents backed an urgent review of the Act, which forms the foundation of much of costs law.

In light of comments last year by Master Davison that many judges did not think costs management controlled costs better than detailed assessment, the Senior Costs Judge also suggested it may be time to review the criteria for costs management, questioning whether it was needed in every multi-track case up to £10m but also why cases above that limit did not use budgeting more.

Just a fifth (21%) of costs lawyers agreed completely that budgeting controlled costs better than detailed assessment, but a further 51% said it did ‘some of the time’. However, only 37% supported making budgeting mandatory for cases worth more than £10m, with 52% against.

The survey always asks about solicitors’ attitude to budgeting and there has been little sign of improvement over the years: a mere 11% of costs lawyers said solicitors always stuck to their budgets, with 57% saying they sometimes went over and 21% that they always went over.

The Ministry of Justice is pressing ahead with plans to introduce fixed recoverable costs for most money cases worth up to £100,000 and half of ACL members (51%) said they would lose some work as a result – but they would survive the reduction.

A further 31%, however, said it would take out a large part of their practices.

ACL chair Claire Green said: “Costs law has become ever more complicated and, at a time when solicitors have had to maximise costs recovery to keep their businesses alive, it is no surprise that they have turned to the experts.

“But the Senior Costs Judge is right to question whether the process of assessing bills has become too convoluted. It is nearly 50 years since the Solicitors Act was passed and a more streamlined system would benefit clients and lawyers alike.

“This might also help take the pressure off the need for fixed costs, and also lawyers and judges who continue to struggle with costs management. However, we remain strong supporters of costs management when it is done well.”