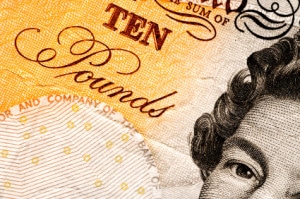 A solicitor who charged one client 50 times the estimate of £2,000 and another £100,000 in fees on a probate matter on which he could “recall no detail at all”, has been struck off by the Solicitors Disciplinary Tribunal (SDT).

Edgar Stephen George Thomas, a sole practitioner based in Pembrokeshire, was described by the SDT as having “blatantly abused his position of trust in the most despicable way”.

Describing Mr Thomas’s actions as “completely abhorrent”, the SDT said that in some instances, the fees charged as a percentage of the value of the estate were “so large as to be completely disproportionate” and this type of excessive overcharging was “simply a disgrace”.

The tribunal said it was “amazed” that the solicitor continued with his practices, even after the issue of overcharging had been raised by the Solicitors Regulation Authority (SRA).

“This was not just a conventional case of overcharging by padding out a bill. This was a case of fraud and theft. The respondent had possession and control over large amounts of money and under the guise of charging clients legal fees, he had effectively stolen their money.

“The amounts charged by the respondent bore no resemblance at all to the work undertaken. There had been massive overcharging on a large scale.”

The SDT went on: “The respondent strenuously denied that he had in any way acted dishonestly. The amounts charged and funds transferred were properly due, with reference to the work undertaken and the amounts charged.

“He submitted that his choice of taking the sums due in small amounts, as opposed to a lump sum, were not an indication that his actions were dishonest; he took the sums due in this way for legitimate business reasons.”

Mr Thomas was also accused of making transfers from client account to office account of sums in excess of those which might possibly be charged. It was further alleged that he had provided misleading information to a client as to the reasons for delay in distributing proceeds and that he had acted dishonestly.

Finding him guilty of all the offences, the SDT described Mr Thomas as an experienced solicitor, who disregarded regulations put in place to protect his clients.

“He utilised the funds in his client account in such a way as to demonstrate that he did not believe that he was accountable to his clients. His actions were planned and calculated. Of most concern was the blatant dishonesty he had displayed in abusing his position of trust.”

The SDT ordered that Mr Thomas should be struck off and pay £76,000 in costs.