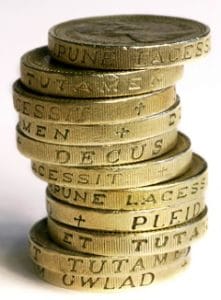 A solicitor has been struck off after being found by the Solicitors Disciplinary Tribunal to have dishonestly charged an estate “manifestly excessive” fees for probate work – almost nine times the agreed amount.

In four bills that were not actually sent to the executor, Mr Greenman was alleged to have sought fees amounting to a 574% overcharge.

An expert witness, costs lawyer Susan Corbin, told the tribunal that in her view the fee charged by Mr Greenman “did not reflect the actual work undertaken”, which she calculated should have reasonably been £4,168 plus VAT, meaning that he would have over-charged by 1,699%.

Mr Greenman, who was born in 1968 and admitted in 2000, was the equity and senior partner at Dews Whitcomb Solicitors in Leicester. The firm closed in September 2012, after which he was employed by JS Law.

The misconduct came to light when the solicitor’s former partner, Robert Dews, who sold him Dews Whitcomb in 2007, reported him to the Solicitors Regulation Authority and the police.

Mr Dews had drawn up the original will in 2005 – the testator died in 2010 – and was the executor, while the respondent had day-to-day conduct of the matter. Mr Dews instructed new solicitors in the matter after learning his former firm was in financial difficulty.

Mr Greenman claimed the estate involved a home that needed substantial building repairs, which he oversaw. He denied allegations that he had breached conduct and accounts rules.

Finding that the fees charged were “manifestly excessive”, and that he was not entitled to take more than the 3% he originally estimated, the tribunal rejected Mr Greenman’s claim that Mr Dews had been aware of the costs.

It added: “A solicitor acting in his client’s best interests would not overcharge that client by 574%.”

Deciding sanction, the tribunal said the misconduct had been motivated by “personal self-interest and financial gain” and was “a considerable departure from the standards expected of solicitors”.  He had caused “considerable harm to the reputation of the profession”.

The main beneficiary of the estate was a charity and depriving it “of monies that had been bequeathed to it was disgraceful; misconduct did not get much worse than that”, the tribunal concluded.

Striking Mr Greenman off, the tribunal said his misconduct was “of the utmost gravity” and had been aggravated by “proven dishonesty”. His actions were “deliberate and calculated” and he had “tried to conceal his wrongdoing”.