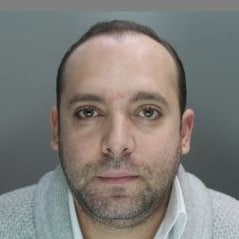 A solicitor and her partner who defrauded a law firm and the Legal Aid Agency (LAA) of almost £95,000 in a translation scam will have to repay just £5,584, a court decided last week.

Criminal law solicitor Babita Attra, 41, made sure Alexandru Major, 35, got lucrative translation contracts from the firm where she was working and he systematically overinflated his charges.

Earlier this year, they were convicted of forgery, conspiracy to defraud and transferring criminal property, with Ms Attra sentenced to two years in prison, suspended for two years because she had their young child to care for, and 150 hours of unpaid work. Mr Major jailed for three years.

Last week, Ms Attra, who received £15,300 of the money, was ordered to repay £5,583 within three months or serve three months in jail.

Mr Major said he has no realisable assets. He was given 28 days to repay £1 or serve a further two days in custody in default.

Any money they pay will go to Ms Attra’s former employer, London firm Carson Kaye, which has reimbursed the LAA for the overpayments.

Judge Jane Sullivan at Inner London Crown Court said: “Of course, it would be open to the prosecution, if assets do become available, there would be an application to vary that order.”

Eleanor Mawrey, prosecuting, said: “Whilst it is probably not worth the administrative cost of compensation to go to Carson Kaye, it is probably worth keeping the option of that being paid open in the future.”

When sentencing the pair, the judge said to Ms Attra: “You knew what was expected of you as a solicitor, this was a very serious breach of the trust placed in you by Carson Kaye and the LAA. As a result of this, you have lost your job and will not work again as a solicitor.”

Solicitors submit quotes for services such as translations to the LAA so that it can approve the funding. In four separate cases, Ms Attra manipulated the forms sent to the LAA, exaggerating the word count on documents that required translating and not including lower quotes provided by other companies during the tendering process.

When a partner at Carson Kaye became suspicious, the couple forged a series of documents to try and cover their tracks, but ultimately the firm reported what had happened to the police.

Ms Attra is currently subject to conditions on her practicing certificate that mean she can only work as an employee of a law firm with the Solicitors Regulation Authority’s (SRA) authority.

Meanwhile, in 2017, the SRA imposed a section 43 order on Mr Major, forbidding solicitors to employ him without its permission.

A notice on the regulator’s website says that in 2015 he was a self-employed consultant, working as a police station representative, at another London law firm.

“During his consultancy, he was found to have accepted money £9,000 into his personal bank account from a client’s wife under false pretences. His conduct was found to be dishonest.”

His consultancy was terminated in 2015.