Solicitor not entitled to “guaranteed basic salary” of £40,000 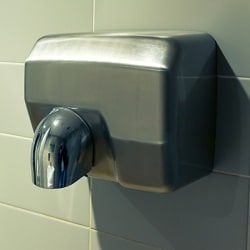 Washroom facilities: Not a protected disclosure

An employment tribunal has rejected claims by a solicitor that he was entitled to a “guaranteed basic salary” of £40,000 and found instead that he was working on a commission basis.

Employment Judge George rejected claims by Ramachandran Saravanan for unauthorised deduction from wages and detriment on the grounds of protected disclosures made against North London law firm Acculegal.

However, he was awarded £1,369 for holidays accrued but not taken.

The tribunal heard that Mr Saravanan was an Indian national, who had qualified as a solicitor in India, and was studying for an LLM as a ‘Tier 4 general student’, which allowed him to work a certain number of hours a week.

A change in the law made it “desirable that he find an employer to sponsor him under Tier 2” – a visa for those offered a skilled job in the UK – and he was sponsored by Acculegal.

Judge George rejected the solicitor’s argument that a binding agreement to pay him £40,000 was created by him applying for the job in response to an advertisement.

“There was no written offer by the respondent and the claimant’s letter of 15 May 2013 accepting the post is consistent with the written terms which we accept were signed at about the date which they bear.”

Judge George said the evidence pointed to a “commission-based agreement with no guaranteed minimum”, including the terms of the written agreement signed in May 2013.

Other evidence was that payments were made to Mr Saravanan in accordance with it, the absence of written requests from him to make payments to bring him up to the “alleged guaranteed minimum” and the fact that the firm’s other caseworkers were “self-employed and paid by commission”.

Dismissing the solicitor’s claim for unauthorised deduction from wages, Judge George said: “Our conclusion that the written agreement does represent the terms which were actually agreed between the parties means that the claimant was not entitled to be paid for any overtime worked – clause 3.2 is entirely clear.

“The unauthorised deduction from wages claim is therefore dismissed insofar as it relates to basic remuneration and overtime.”

The judge then considered whether any of the claims made by Mr Saravanan for detriment on the grounds of whistleblowing or protected disclosure under section 43 of the Employment Rights Act, were justified.

He said that complaints about “no proper heating in the firm and no proper washroom facilities” did not amount to a disclosure that the health and safety of any individual had been endangered and were not made in the public interest.

Complaints that data was being transferred outside the European Economic Area or software licences were not up-to-date did not amount to disclosures of information that the law firm was failing to comply with its legal obligations.

Judge George rejected further complaints, including that clients from another law firm were being transferred to Acculegal without their consent.

The judge said he was “quite satisfied” that a loan of £10,000 made by Mr Saravanan to help a partner at the firm “travel urgently to India because his father was seriously ill” had been repaid.

He rejected the solicitor’s argument that he was not paid a salary, overtime or holiday pay due to protected disclosures.

“The terms of the agreement were for him to be paid commission and he was paid in accordance with it. He was not paid overtime because he was not entitled to be paid for it.

“Although he should have been paid holiday pay, the reason why he was not paid it was entirely due to what the respondent believed his rights to be and not because of any protected disclosure.”

Judge George dismissed claims that Mr Saravanan’s contract was not renewed in 2016 because of protected disclosures. He said it was because his Certificate of Sponsorship needed to be renewed and he was “not going to bill enough to comply with the minimum income”.

However, the judge said the solicitor was entitled to “that element of his holiday which derived from EU law”, and should be paid a total of £1,369 for annual leave accrued, but not taken.

Judge George said a further claim of unfair dismissal was rejected at an earlier hearing in February 2017, where it was found that Mr Saravanan was not an employee under Section 230(1)(a) of the Employment Rights Act 1996.

Instead he was a worker within the meaning of section 230(1)(b) and the Working Time Regulations 1998. Mr Saravanan withdrew claims of race and religious discrimination.