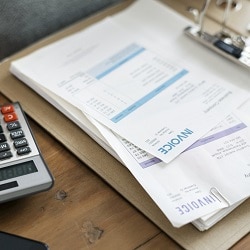 A solicitor who named his personal injury client as the defendant in a claim against the firm by an expert witness has been struck off.

The Solicitors Disciplinary Tribunal (SDT) said Richard Thomas Clegg failed to tell the client that the claim for cancellation fees was made against the firm and that it was the result of his not informing the expert that the case had settled.

The SDT said Mr Clegg had “total control and responsibility for the circumstances” giving rise to his misconduct, as all correspondence and conversation with the client, referred to as Mrs LW, was with him.

“His actions were planned. He deliberately omitted information in his correspondence with Mrs LW that might have led her to believed that the disbursement had been incurred as a result of the firm failing to notify Professor JW of the cancellation.

The SDT said Mr Clegg was an experienced solicitor, sole director and owner of GMS Law in Norwich.

“He had misled his client, and had issued a defence in which he named his client as the correct defendant without informing her, and whilst he continued to represent her in other proceedings.”

The tribunal said Mr Clegg’s dishonesty was “deliberate, repeated and had continued over time”, as he reinforced the “misleading impression” he had created both orally and in correspondence.

The tribunal did not find that Mr Clegg’s motivation was financial gain, but it “may have been to protect the reputation of the firm” and a fee-earner, Ms PH.

Mrs LW had instructed the firm under a conditional fee agreement in May 2011. Ms PH was the solicitor with conduct of her case.

GMS Law instructed Professor JW to provide an expert report in January 2013, and in April 2014 the professor confirmed that he was available for the trial window in January 2015, while asking the firm to note his cancellation fees.

Mrs LW’s claim was settled in August 2014, but the professor was not told. He found out only when he called the firm in January 2015, less than two weeks from the proposed trial date, meaning that he was entitled to cancellation fees at his full daily rate for a seven-day trial of £1,500 per day.

He sent GMS an invoice for £10,500, which was not paid, and issued proceedings against the firm. He was awarded just over £9,400 in damages plus £400 costs by Deputy District Judge Wood at Central London County Court in January 2016.

The following month, Professor JW reported GMS to the Solicitors Regulation Authority (SRA). Mrs LW made her own report to the SRA that summer.

The tribunal found that Mr Clegg had failed to act in the best interests of his client and had created a “glaringly obvious” conflict of interest, and had shown a lack of integrity.

Mr Clegg denied lack of integrity and dishonesty. Responding to the SRA’s comment that his statement to Mrs LW that “I defended this claim on your behalf” was the opposite of the truth, counsel for Mr Clegg argued that, although he did not “clearly articulate” his position, he was “defending her liability to pay the disbursement”.

However, the tribunal found that Mr Clegg had “deliberately and consciously withheld the full details of the claim from Mrs LW”, giving her the “misleading impression” that she was the defendant in the proceedings by using the phrase “on your behalf”.