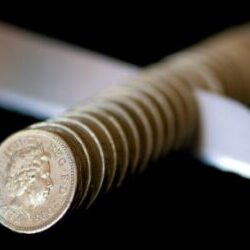 A conveyancing solicitor who misled clients he was related on how their fees would be calculated has been fined by the Solicitors Regulation Authority (SRA).

Atholl McGregor Taylor also failed to make proper disclosure to a lender client of a trust deed affecting the property.

According to an SRA notice, Mr Taylor, who at the time worked for Rotherham firm Parker Rhodes Hickmotts, acted for relatives Mr and Mrs M in a conveyancing transaction in August 2018.

He told them by email that the firm levied fees of 0.25% on residential sales over £1m and that his fee would therefore be £3,000.

But he went to say that he had discussed the costs with his managing partner, who agreed to reduce them to £2,000.

In fact, the firm did not have such a policy and there was no such discussion.

The solicitor told the SRA that the fees policy was his own and that he had apologised to the managing partner. He admitted that this was a breach of his duty to act with integrity.

Separately, Mr Taylor acted for Mr and Mrs T on a transfer of land to their daughter and her husband, Mr and Mrs D.

He drafted a trust deed which stipulated that, if Mr and Mrs D did not build a property on the land within seven years, it would revert back to Mr and Mrs T. Further, if they did build and sell a property in that time, Mr and Mrs T would receive a share of the proceeds.

Mr Taylor then acted for Mr and Mrs D, and Newcastle Building Society, in relation to their mortgage application, but did not disclose the trust deed to the lender.

He admitted to the SRA that he had failed to act in his lender client’s best interests. In mitigation, he said he had believed that he did not need to disclose the deed as it was a family arrangement which, in his view, would not affect the security.

In further mitigation, Mr Taylor said he had “difficult personal and medical circumstances” around the time of the misconduct, his conduct was not deliberate, he had shown “insight and remorse”, and the clients and the firm did not suffer any financial loss.

But it decided that a £2,000 fine was the appropriate outcome “to uphold public confidence in the solicitors’ profession and in legal services provided by authorised persons because his actions were reckless”.