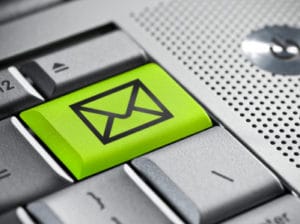 Email: solicitor should have done more to follow up message

A solicitor whose judgement was affected by the fact he was in a personal relationship with his client has been fined by the Solicitors Disciplinary Tribunal (SDT) for misleading a court.

The SDT warned that such relationships are “potentially fraught with difficulties, even if entered into with a good understanding of those difficulties”.

Nigel George Walshe, born in 1952 and admitted in 1978, was and is an associate solicitor at Doncaster firm Foys.

He was instructed by a Ms AL in relation to a number of related clinical negligence claims in February 2012. From July the pair entered a personal relationship which lasted until August 2013.

The claims involved an alleged delay in diagnosing a hormonal imbalance that was instead treated as a psychiatric illness.

The solicitor instructed a GP expert, Dr D, and received his report just before the end of 2012, which the SDT said was “unfavourable” to the case.

The client then raised concerns that Dr D and one of the defendants had both graduated at the same time from the University of London’s medical school and that there might be a conflict of interest if they knew each other. It eventually turned out that they did not.

Mr Walshe emailed Dr D on 2 January 2013 to check but it later emerged that the doctor had overlooked the message. On 7 January, he received an email from Dr D in relation to a separate email to say that he was just back from holiday and needed a few days to reply.

Two weeks later, the solicitor applied to Great Grimsby County Court to extend the approaching time for service of particulars of claim and seek permission to appoint an alternative expert, citing an apparent conflict of interest as Dr D had not replied to him about the issue. This was granted.

The SDT concluded that, while it was reasonable to think there was a possible conflict, Mr Walshe “had formed the view that there was a conflict, and that was an unreasonable conclusion in light of the information [he] had, or would have had if he had properly considered the issues”.

While it is established case law that an honest and genuine decision of a solicitor on a question of professional judgment does not give rise to a disciplinary offence, where the decision is one which no reasonably competent solicitor could have made, it may be inferred that the solicitor has not addressed the issue.

He had not, it found, conducted a sufficiently thorough investigation, particularly as he had not made clear to Dr D the urgency of the question nor chased him enough for a reply before taking his silence to mean that there was a conflict – which was not a reasonable conclusion.

The SDT said: “The reality of the situation was that it suited the respondent’s client for there to be a conflict of interest, given that Dr D’s report was unfavourable and there was a rapidly approaching deadline.

“The tribunal noted and found that the respondent wanted to provide a proper standard of service to his client and he had formed the belief that in order to do so, he should seek more time and a fresh report.”

The tribunal said that, in reaching this conclusion, it found that Mr Walshe’s “demeanour and body language when giving evidence changed when he was asked about his relationship with Ms AL”.

It explained: “His evidence was generally given in an open and straightforward way but he became defensive and formulaic in his response to questions about the relationship and its possible impact on his conduct.

“The respondent also avoided answering questions fully about this issue and had looked uncomfortable. It was clear to the tribunal that the relationship had had an impact on the respondent’s behaviour in this case; he had chosen to ignore points which he would have considered if acting in his usual meticulous way.”

The SDT went on to find that the court was recklessly – but not deliberately – misled by Mr Walshe failing to set out the full circumstances in his witness statement, “making misleading and partial submissions and statements, and failing to correct the erroneous views the judge formed during the hearing”.

Deciding sanction, the SDT said the harm was primarily to the reputation of the profession, while there were few aggravating features. The impact on the court was minimal – the firm ceased acting for Ms AL in around October 2013 and she later discontinued her claims.

However, it noted that Mr Walshe had not shown genuine insight into his misconduct – “even on reflection, the respondent had failed to accept that he had fallen into error” – although it accepted he would not do it again.

A fine was appropriate as it was not necessary to interfere with his ability to practise as a solicitor, “particularly in light of his long and unblemished career”.

Mr Walshe had told the SDT that Ms AL was highly intelligent and fully understood the distinction between their professional and personal relationships.

The SDT said: “However, the tribunal noted that Ms AL had a complex medical history, at least part of which related to mental health problems and/or a personality disorder. The tribunal noted that clients generally are vulnerable, particularly where they rely on their solicitor for advice in relation to medical or personal issues.

“Personal relationships between a solicitor and client are potentially fraught with difficulties for both, even if entered into with a good understanding of those difficulties.”