Solicitor who had mercy on fraudulent employee is fined £5,000 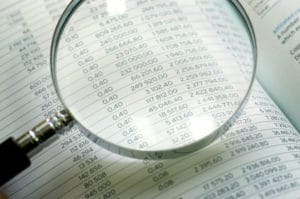 A sole practitioner who decided not to sack a fraudulent employee after discovering he had stolen almost £90,000 from the firm’s office account has been fined £5,000 by the Solicitors Disciplinary Tribunal (SDT).

The SDT heard that Louise Stephens retained the unidentified thief, but restricted his access to firm money and took a charge over his parents’ home equal to the amount stolen.

The tribunal said that six months later Ms Stephens discovered that the man, identified as ‘Mr CG’, was responsible for a shortfall on client account which later reached almost £620,000. The police were notified and he was dismissed for gross misconduct.

However, upholding only four of 24 allegations made against Ms Stephens by the Solicitors Regulation Authority (SRA), the SDT rejected arguments that she had acted without integrity.

“There was no intent to commit misconduct and whilst some of the respondent’s actions may have been misconceived, the misconduct was not planned.

“Had the respondent sacked Mr CG when she first found out about his actions, she may not have found herself in this situation and to that extent the respondent had responsibility for the circumstances giving rise to the misconduct.”

The SDT said Ms Stephens was an experienced solicitor and while former clients were supportive of her, harm had been caused. “People were still without their monies and the consequences of the harm were ongoing.”

The tribunal heard in SRA v Stephens (case no. 11424-2015) that Louise Stephens & Co was a small firm in Risca, near Newport, South Wales.

The SDT said the shortfall on client account was a result of ‘teeming and lading’ by Mr CG, stealing from one client and then stealing a larger amount from another. “The second sum was used partly to repay the first client in order to cover up the shortfall and the remainder was kept for his own benefit.

“That process was then repeated. Mr CG was able to conceal his fraudulent activities by spending substantial amounts of time manipulating the firm’s records and forging documents.”

The SRA launched an investigation after Ms Stephens told the regulator that Mr CG had committed a fraud and there was a shortfall on client account.

The SDT heard that the firm’s indemnity insurers refused to provide cover for any losses after September 2013, when Ms Stephens first discovered the fraud. They concluded that she had not “actively participated” in it but she had “turned a blind eye to it”. The firm ceased trading in December 2014.

The 24 allegations included that she acted without integrity and failed to act in a way that maintained public trust in her and in the provision of legal services. However, the SDT upheld only four of them – two relating to breaches of the account rules and two to failing to act in the best interests of clients.

“The respondent had made significant efforts to rectify a situation that was not caused by her. She had made efforts to secure funding but once it was clear she would have no income, she could not secure a loan.

“The respondent had done everything she reasonably could to address the shortfall. There was no evidence that her behaviour had harmed the trust that the public placed in her or the provision of legal services.”

It said a suspension was not required as “there was no need to protect either the public or the reputation of the legal profession from future harm from the respondent by removing her ability to practise”. Instead the SDT fined Ms Stephens £5,000 and ordered her to pay costs of £20,000.