Solicitor lost in “fog of confusion” over failed investment scheme is fined £50,000 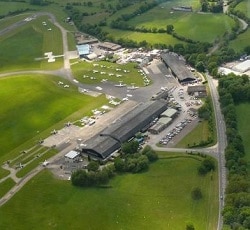 A Sussex solicitor lost in a “fog of confusion” over a failed multi-million pound investment scheme has been fined £50,000 by the Solicitors Disciplinary Tribunal (SDT), one of the highest individual fines it has handed out.

The SDT found that despite being a “very experienced solicitor” and former law lecturer, her “primary failings” had been incompetence – she had “not sought to feather her own nest”.

The tribunal went on: “Her motivation was to make the deal work, but she was too close to all of the companies involved. Her actions were reactive to the situation as it developed.

“The tribunal found the respondent has direct control and responsibility for the misconduct as it was her firm that was at the centre of matters and she was a very experienced solicitor who had also lectured in law at a university for a number of years.”

The solicitor, who was born in 1955 and admitted in 1979, was sole principal of Juliet Bellis & Co in Uckfield.

In 2013, the High Court held that the firm wrongly paid out £2.28m it had received in 2007 from a group of investors in what turned out to be a doomed scheme to purchase land at and around a Surrey airport called Fairoaks.

The bulk of the money was used to pay RBS to reduce short-term borrowing of around £7m incurred by the single-purpose Guernsey company that was set up to facilitate the purchase, Albemarle Fairoaks Limited (AFL), which was represented by the firm.

It had bought the airport land before the disputed payments were made.

The bridging loan was one of several loans from RBS totalling £31m, but AFL also obtained an unsecured loan of £15m and a guarantee for the bridging loan from Erinaceous, a public company.

Ms Lewis had “significant personal interests” in Erinaceous through family connections and received an annual salary of £40,000 for her role as its company secretary.

It was the High Court ruling that attracted the interest of the Solicitors Regulation Authority, although in 2015 the Court of Appeal overturned the decision, holding that the investors paid the money as loans to AFL without strings attached, rather than under an escrow agreement or on trust.

The SDT said it had not “been presented with any evidence of harm caused to investors”, but said there was harm caused to the profession “in any situation in which a solicitor had lacked integrity, displayed manifest incompetence and acted where there was a conflict or risk of a conflict of interest”.

The tribunal said that, apart from one offence, the solicitor’s misconduct had taken place between eight and 10 years ago and since then she had faced a High Court trial lasting for 18 days and the Court of Appeal hearing.

These “would have in themselves caused damage to her reputation, as well as stress”, it said.

The tribunal said the “fog of confusion” which had surrounded Ms Bellis between 2007 and 2009 “placed a cap” on the seriousness of her lack of integrity.

Ms Bellis admitted in mitigation that she “had too much on her plate” and aspects of the deal were “beyond her competence”.

The tribunal found that, by acting for AFL, given her close connections to Erinaceous, Ms Bellis had put herself at “very heart” of any conflict of interest that may have arisen.

It said her financial and personal relationship with Erinaceous, combined with Erinaceous’s status as a creditor and guarantor for AFL, was such that her independence had been compromised.

Ms Bellis was found to have acted circumstances where there was a conflict of interest or significant risk of one, authorised improper withdrawals of money from client account and behaved in a way likely to diminish trust in the legal profession – all of which she had denied.

She was also found to have failed to maintain proper identification procedures, used client account as a banking facility and provided services other than those that a recognised body is permitted to provide – all of which she admitted in part. She also admitted failing to keep proper accounting records.

She denied acting recklessly and the tribunal concluded that this was not proven, but she was found to have failed to act with integrity, an allegation she denied.

Ms Bellis was ordered to pay a fine of £50,000, with costs to be the subject of detailed assessment.