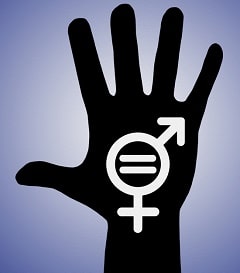 A law firm and solicitor found to have sexually discriminated against a student who worked there for six weeks have lost their appeal against the £14,000 award for injury to feelings.

The Employment Appeal Tribunal (EAT) found that after the legal practice course student and aspiring lawyer, a Miss Majid, rejected Asghar Ali’s advances, “he turned nasty” and she lost her job.

She worked there for six weeks before Mr Ali purported to make her redundant. According to Mr Justice Kerr in the EAT, in her initial job interview Mr Ali asked Miss Majid what her star sign was “and, probably in a joking manner, proposed marriage although he was already married”. She laughed this off.

“He then commented on her figure, saying she was very stocky, which offended her, and he touched her arms, saying she had muscles.”

In all, Miss Majid alleged that Mr Ali had committed around 40 or more acts of sexual harassment against her, “ranging from asking her to go out to the cinema, talking about installing a bed in one of the rooms at the office, attempting to hug her, touching her arms, squeezing and rubbing her hands when shaking hands and making her feel uncomfortable by these types of act”.

Kerr J said the employment tribunal found that Miss Majid’s selection for redundancy was not on genuine grounds – there had been no concerns about the quality of her work or performance, and there was another candidate for redundancy who had yet to commence the legal practice course and had less experience.

Further, Kerr J said, the tribunal found that “the claimant was a young woman at the start of her professional career and [Mr Ali] was an older man in position of power and authority, being the only solicitor in his own firm and therefore exercising a high degree of control and responsibility over employees in the workplace.

“The tribunal noted that there was evidence of visits to the claimant’s GP resulting from stress and anxiety because of the harassment and exacerbation of an irritable bowel syndrome condition from which she suffered.”

In the remedy judgment, the tribunal recommended that Mr Ali attend a training course for solicitors on equal opportunities, including sexual harassment, and awarded £2,100 compensation for loss of earnings, £14,000 for injury to feelings and £4,000 in aggravated damages.

In the appeal against what was said to be the “manifestly excessive” award for injury to feelings, Mr Ali’s counsel, Stephen Willmer, submitted that the solicitor’s conduct was “of its type, no more than modestly obnoxious and might properly be characterised as gauche and insinuating rather than aggressive, and was of brief duration”.

The EAT said: “We do not accept from that description of the facts Mr Willmer’s submission that this was a case merely of persistent unwanted attentions but without serious physical contact, that was no worse than gauche and insinuating. Far more than that, in our judgment, [Mr Ali’s] conduct, as found by the tribunal, violated the claimant’s dignity as a worker.

“He did not treat her as a worker; from the first meeting in the job interview he treated her in a demeaning and disrespectful manner as a woman evidently to be present in the office for his pleasure and gratification rather than to work and develop her skills as a lawyer.

“Unfortunately, when she politely rejected his advances, he turned nasty, as appears from later passages in her account. She lost her job as a result. Again unfortunately, this is not uncommon in cases of this kind.

“Standing back, we consider that the reasonable person in the street invoked by Mr Willmer would, contrary to his submission, regard the law as deficient if it did not mark such conduct with awards that recognise how humiliating it is for a worker to lose her job because she is not willing to play a sexually charged role allotted to her by her employer.

“She was, it is true, compensated financially for her loss of earnings, but the award of compensation for injury to her feelings included, properly, an element for the loss of her job. The feelings of hurt and humiliation at losing a job in such demeaning circumstances should not be downplayed. This was a young lawyer’s first job in the law. It is true also that she was fortunately not out of work for long, but it was a very bad start to her career, which occurred because of [Mr Ali’s] discriminatory conduct.

He ruled that while the award could be characterised as “perhaps on the high side”, it was not manifestly excessive.