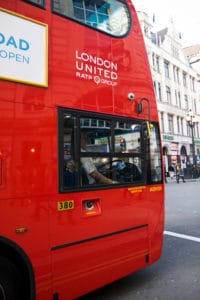 London: solicitor did not supervise office

A solicitor who thought he was selling his practice so that he could retire, but in fact inadvertently allowed criminals into his practice to commit property fraud, has been suspended after admitting he was naïve and had behaved like “an idiot”.

The Solicitors Disciplinary Tribunal (SDT) said Nicholas John Huber, a sole practitioner based in Devon, had been “grossly negligent” in failing to supervise staff properly and make proper checks on the individuals who carried out fraudulent transactions.

“However, [he] had been a victim of fraud committed by others and it was clear he was not the only one who was duped.”

Mr Huber told the tribunal that he had been trying to sell the practice for four years without luck and decided to start winding it down when he was introduced to a Mr ZS in January 2015 by a “reputable company which specialised in arranging mergers and takeovers”.

The SDT recorded that Mr Huber understood Mr ZS to be a non-practising solicitor looking to purchase a solicitor’s practice in Devon for a better quality of life than in London.

He told the tribunal that at the time he was “extremely pleased” to receive an offer to buy the firm “on reasonable terms”.

Mr ZS said he had two old friends who were looking to join a firm, and it was agreed that the four would form a partnership, with Mr Huber retiring after six months.

The partnership was authorised by the Solicitors Regulation Authority in May 2015 but never traded. The two friends were employed as fee-earners until July 2015.

Mr Huber gave Mr ZS consent to set up a London office for the firm and recruit a non-qualified fee-earner, Mr JS.

That London office purported to act for the sellers of a London property for £2.6m, with Mr ZS and Mr JS appearing to have conduct of the matter; however, it turned out that they were not the real sellers.

Sale of the property completed in May 2015, when Nicholas Huber & Co received a cheque for £2.57m from the law firm on the other side. In June 2015, that firm raised concerns about the failure to redeem the mortgage and the SDT noted that while Mr Huber did then take “prompt action”, there was also “an element of sheer luck that the bank managed to stop the money from reaching its fraudulent destination”.

As a result, the purchasers did not lose their money, which was returned with costs and interest – mostly having been recovered, but a small proportion was paid by Mr Huber’s indemnity insurer.

The SDT recorded that while Mr Huber did check the practising status of the two friends, he did not do the same with Mr ZS or Mr JS.

Mr ZS’s CV did not include any reference to him being a solicitor, while Mr JS’s CV “appeared to be generic” and Mr Huber had nothing to prove that it related to the individual to whom he had been introduced. But he took no steps to check their identity, employment history or qualifications.

Mr Huber admitted multiple allegations, including letting the pair into his firm and run the London office unsupervised.

He told the tribunal that “he had been in a complacent happy mode having concluded the sale of his practice and fully expecting to wind down from the practice by the New Year”.

Rejecting the allegation that Mr Huber had acted recklessly, the SDT said: “[Mr Huber] had been extremely naïve and gullible, and had blindly trusted both Mr ZS and Mr JS, but the tribunal could not conclude he had been aware of, or had even given any thought to the risk of them running a branch office without proper supervision from him.”

Mr Huber closed the firm in December 2015 having been unable to secure indemnity insurance.

The SDT said Mr Huber’s misconduct was “very serious”, but not so serious that it required him to be struck off.

“The respondent did not benefit personally in any way, indeed the attempted fraud cost him financially and in personal terms, and was probably a very unfortunate end to his career. As the respondent himself stated, he was naïve and had behaved like an idiot.”

Instead, it ordered that he should be suspended for 18 months, and at the end of that period subject to a restriction order preventing him from running a firm or being involved with client money. Mr Huber was also ordered to pay costs of £7,500.

The ruling did not say what happened to Mr ZS or Mr JS.