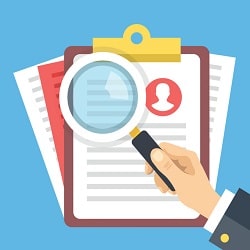 A solicitor who lied in her application for a training contract at Weightmans and then for a new job at DLA Piper after qualifying has been struck off.

Tania Ruby Bains was found to have embellished her academic achievements and used details from a colleague’s CV for her own.

The Solicitors Disciplinary Tribunal said she had obtained the job at DLA by deception, and highlighted an email she had sent a colleague in which she referred to the “hilarity of embellishment” in the context of her CV.

The tribunal considered suspending her but said it was not confident that Ms Bains would not repeat her actions.

“During her evidence she had been somewhat dismissive of her conduct and the impact it would have had on others,” it said.

Ms Bains was born in 1986 and spent three years as a paralegal at Irwin Mitchell before securing a training contact at Weightmans in September 2013.

After completing it, she joined DLA Piper as an associate in the finance and projects team, having applied through an unnamed recruitment agency.

Weightmans later reported her to the Solicitors Regulation Authority after it found on its system a copy of the misleading CV that she had submitted to the recruiter for the DLA job.

She similarly inflated her score in each of the 11 subjects she studied on the legal practice course at the University of Law.

She said she had heard of the opportunity to apply to Weightmans on the closing day and had to complete the online application from memory. It was, she said, “an honest mistake”.

Ms Bains said she provided copies of her academic certificates to Weightmans at the assessment day, and the firm did not raise the discrepancies with her.

However, the tribunal found her evidence and explanations “not plausible or credible”, and said Weightmans had been unable to confirm whether she did hand in the certificates.

Even if she had, this “did not detract” from the fact that Ms Bains had not proactively informed Weightmans of the errors.

The ruling said: “The tribunal did not find her to be a reliable witness… There were so many inaccuracies on her application, all of which made her appear to be better academically than she actually was, that the tribunal did not accept these were all mere mistakes or coincidences…

“The tribunal found that the respondent made the application in the way that she did in order to give herself an advantage over other candidates. This showed a lack of integrity.”

The tribunal also ruled that Ms Bains had acted dishonestly.

The CV submitted to the recruiter, meanwhile, was found to contain multiple facts – from academic qualifications and work experience to interests and activities – taken from two colleagues’ CVs and also the Weightmans website.

Ms Bains told the tribunal that she had used one of the CVs as a precedent but was in a rush to meet the recruiters’ deadline and forgot to go back to change various details as she had intended.

The tribunal also saw emails Ms Bains had sent to colleagues at Weightmans which indicated that she knew she had embellished the CV.

She said instead that she had “stretched” it, giving the example of her organising a networking event where sandwiches were provided but putting it down on her CV as a dinner.

The tribunal again rejected her explanations: “Members of the profession, and indeed members of the public, would expect a trainee solicitor to give an accurate account of their qualifications and work experience when applying for jobs.

“Failure to do so was not acting in a straightforward manner or adhering to a steady ethical code.”

It found that the recruiters had not put her under pressure; she had had several days to draft the CV but had left it to the last moment.

Again finding her actions dishonest, the ruling said: “There was no doubt in the tribunal’s mind that the respondent knew what she had done, and she had done it twice.” Having got away with it once, the tribunal said, she did it again in an “even more brazen manner”.

“The tribunal did not find the respondent’s explanations that she intended to come back to the CV and change it later as credible and, in any event, she did not do so.

“As a result of the respondent’s false statements, she was able to obtain a job at DLA Piper by deception as the untrue information contained within her CV may well have given her an unfair advantage over other candidates.”