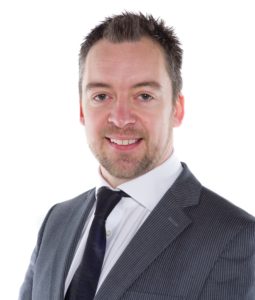 A Yorkshire solicitor has launched a website to help small businesses and consumers obtain fixed price unbundled advice on potential claims, or direct them to mediation or arbitration.

James Martin, founder and director of ClaimItOnline, launched today, said the website was particularly aimed at small businesses with disputes worth up to £50,000.

Mr Martin, a consultant at Harrogate law firm Berwins, told Legal Futures that members of a focus group told the website earlier this year that they did not want to make a choice between mediation, arbitration or issuing a claim through the courts.

“They wanted to someone to have someone look at their case and say ‘these are what your options are’.

“Some people are not sure what mediation and arbitration involves. My chief aim is to open up the options for companies and individuals, and educate them on the alternatives.”

He said all the quotes from lawyers would be for “discrete, unbundled work”, such as a letter of claim or filling in a claim form.

“What led me to set up the site was the difficulty some solicitors face in dispute resolution with some of the lower-value claims. Costs seem disproportionate and making sure you get paid takes a lot of time and effort.

“The main feature of the website is streamlined processes so clients can do a lot of the preparatory work themselves. The user is taken to a dashboard which guides them through a process where they can give details of their claim.

“The site takes them through a lot of questions normally asked by solicitors at initial interviews, such as what witnesses they have, what evidence they can give and which documents they need. Everything takes place in a secure portal, uploaded onto a database.

“Solicitors can log into a separate area and see all the details on the database. They can start building on that and asking for more information.”

Mr Martin said all the unbundled advice given by lawyers was pre-issue, and where a case proceeded to trial the user would decide whether or not to separately instruct a lawyer.

He said ClaimItOnline did not cover family or personal injury law, but covered most money claims, including contentious probate and property litigation, so long as they were “not complex” and suitable for unbundling.

Mr Martin said fees charged to consumers and small businesses would range from about £175 to a maximum of £1,799.

He said the website would charge lawyers by taking a flat 20% fee on quotes for unbundled work, and the same on any quotes for mediation or arbitration.

Mr Martin said he owned the website jointly with a private investor, who had put in £50,000. He said his target for the end of this year was that ClaimItOnline would be processing around 25 claims per day.

He predicted that the future direction of the site would depend on the Online Court proposed by Lord Justice Briggs. “If it does go ahead, I would like this site to sit beside it, and work with it. I would like to think that the way we advise people adapts to the new way of working.”

As part of the launch ClaimItOnline carried out a survey of over 1,000 UK consumers – 410 of whom had experience in going to court.

Three quarters (76.5%) said the main reason putting them off pursuing legal action was the cost and more than half (57.8%) the stress, while 45% complained about the time taken.

While 93% thought solicitors’ fees were too expensive, only 28% said they would feel confident representing themselves in court.