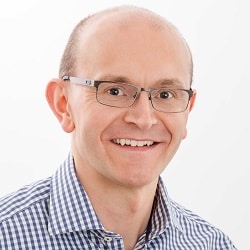 A solicitor has launched what he believes is the first legal consultancy in the UK devoted entirely to nanotech firms.

Simon Ward, director of Technical Terms, is the latest to take advantage of the rules introduced last November 2019 that allow solicitors to practise from unregulated firms.

“Being able to say you are a solicitor is very positive and helped me from a credibility point of view,” he said.

Technical Terms was offering general commercial services when the pandemic struck, and having thought “long and hard” about the business, Mr Ward decided he needed a niche.

His aim is to broaden his services and become a “remote general counsel” for the nanotech sector, where he already has clients.

The solicitor said he was not aiming to work for start-ups because they tended not to have a budget for legal services, and instead was focused on nanotech businesses with turnovers of £2.5m to £10m.

Nanotechnology involves the manipulation of matter on an incredibly small, atomic or molecular scale. “It’s about doing amazing things with the tiniest of things,” Mr Ward said.

He said the virus had helped in that people who were sceptical about remote working realised that those who provided services remotely would deliver the work.

Mr Ward said he trained as a solicitor at a high street firm in Wolverhampton, before doing claimant personal injury work for a small firm in Birmingham.

From there he relocated to a City firm in London, and moved into defendant personal injury work, before returning to Birmingham to work for Mills & Reeve for 11 years, this time in its clinical negligence department, before once again changing roles to employment law.

When he and his wife moved north, Mr Ward worked, in short-term or locum positions, for four universities – Sunderland, Northumbria, Hull and Leeds.

“I worked very heavily for tech industries,” he said. “The universities came up with great ideas which were spun off into companies to take them to market.”

Mr Ward said Leeds and Northumbria were both quite strong in nanotech.

After a brief spell working as a consultant for Setfords, Mr Ward said he set up his own firm in November 2017 in York.

Technical Terms provided general commercial services for science and technology companies. It was a legal consultancy, not a regulated law firm, and it did no reserved work.

However, when the pandemic struck in March this year, Mr Ward said projects stopped in the science and technology world and his workflow stopped with them, leading him to put himself on furlough until last month.

While discussing new work with nanotech companies, Mr Ward said he would continue to work for existing clients.

By specialising in nanotech Mr Ward said he had a “unique offering”, at least for now.

“Concerns about the environment have put pressure on businesses to reduce waste as much as they can, which is what nanotech is all about.”

Mr Ward said there were small clusters of nanotech firms in Leeds and York, but the main centre for the UK was Cambridge. Since May, he said there was “renewed optimism” in the science and technology sector.

He added: “My firm is an example of what solicitors can do without formally registering with the SRA and all the costs involved. It’s a case study for similar businesses in the future.”