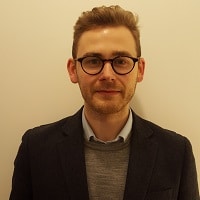 A City solicitor who qualified at Ashurst has set up a contract lawyer and paralegal matching service designed particularly for firms needing help with e-discovery.

Mr Gascoyne said Percenseo, which means ‘I review’ in Latin, was currently working with three specialist litigation firms in London and around 100 contract lawyers and paralegals since its official launch last month.

“It’s about control,” Mr Gascoyne said. “Having the work done in-house, with contract lawyers and paralegals working at their offices, is attractive to law firms.

“The lawyers and paralegals want to work for clients and build relationships directly, so they can do a good job and come back later.”

Mr Gascoyne said that by the end of the year, he hoped Percenseo would have 400 candidates and 10 law firm clients using the platform.

He said the site was free for lawyers and paralegals, with the law firms charged a fixed fee for each reviewer introduced to them, whether or not they used that person more than once. Mr Gascoyne said the goal was to move firms to a subscription model.

He estimated that the site could save firms 60% of the amount they currently spent finding staff through recruitment agencies.

“Client firms can narrow down the contract lawyers and paralegals they want to select in terms of qualifications, languages, work experience and experience with e-discovery platforms,” he said.

Mr Gascoyne said Percenseo would screen the reviewers who joined the service, checking their degree and practising certificates.

“Some people will pick up more work than others because their skills are more in demand, but we try to ensure fair access to clients based on their expertise and what they know.”

Mr Gascoyne trained and qualified at Ashurst, working in its employment and pensions team, before moving to Skillcapital, a specialist executive search and advice service for private equity firms. He then worked for dinnr, a food recipe delivery start-up which failed to take off, before returning to the legal world as a contract lawyer.

Since the start of this year he has been working at Percenseo full-time, with part-time directors Jane Pendry, a qualified solicitor, and Reema Selhi, legal and policy manager.

Mr Gascoyne added: “The majority of contract lawyers I know actively enjoy their work and the freedom it gives them.”