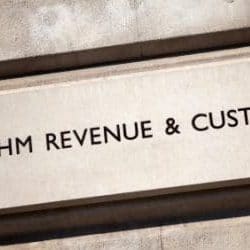 HMRC: Solicitor waged a deliberate and sustained attack on the tax system

A solicitor who falsified returns to HM Revenue & Customs (HMRC) so as to underpay stamp duty land tax and pocket the difference has been jailed for more than three years.

Manpreet Singh (formerly Munpreet Singh Virdee), 50, claimed he was trying to keep his law firm afloat with the £380,000 he stole.

At Isleworth Crown Court yesterday, he admitted cheating the public revenue and was sentenced to three years and four months in prison.

He has so far repaid around £253,000 – most of which came from selling his house – and proceedings are ongoing to recover the remaining amount.

Mr Singh was the owner and director of Reemans Solicitors in West London and filed 52 fraudulent SDLT returns between November 2010 and July 2015. He continued to submit false documentation to try and cover up his wrongdoing when HMRC started looking into his tax affairs.

He was struck off last year, having told the Solicitors Regulation Authority that he took the money because “he wanted his business to survive and that people’s livelihoods depended on it”.

The Solicitors Disciplinary Tribunal said his conduct had damaged clients – they were now liable for interest on their underpaid tax – and caused “significant harm to the reputation of the profession”.

Reemans was wound up in 2019 because of the money it owed and also last year Mr Singh was disqualified as a director for six years.

Linda Hamilton, HMRC’s deputy director of HMRC’s fraud investigation service, said: “This was a deliberate and sustained attack on the tax system. Singh worked in a position of trust and thought it was acceptable to con his clients and steal taxpayers’ money which should be used to fund our vital public services.”