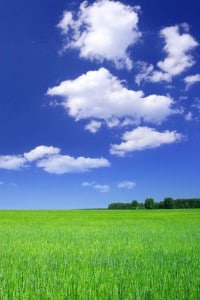 Land-banking: defendants sold plots they did not own

A solicitor has been jailed for five and a half years for his role in a £4.3m land-banking scam.

Dale Walker – who practised on his own account from Sevenoaks in Kent – was convicted of one count of possessing criminal property and one count of aiding and abetting the carrying on of a regulated activity, namely a collective investment scheme (CIS), without authorisation.

He was sentenced to five and a half years’ imprisonment for the first count and 21 months for the second, the sentences to run concurrently.

The jury was unable to reach a verdict over a charge of conspiracy to defraud. The Financial Conduct Authority (FCA), which brought the prosecution, decided not to seek a retrial and the count was ordered to lie on the file. Mr Walker has also been disqualified as a director and is facing confiscation proceedings.

The solicitor was one of eight men convicted of the fraud, which to date has led to sentences totalling 26 years’ immediate imprisonment.

Salesmen for the companies cold-called potential investors to sell them agricultural land that the companies had bought for minimal amounts, as well as land the companies did not own. Using sales scripts, misleading promotional material, and high-pressure sales techniques, they lied about the current and future value of the land.

People were persuaded to purchase land at a vastly inflated price, on the false promise of a substantial profit. The scheme extracted at least £4.3m from 110 investors and none of them have seen a return.

Mr Walker was the solicitor to the scheme and received nearly £900,000 of the proceeds of crime into his accounts. He was described by Judge Leonard QC in his sentencing remarks as having “deliberately frustrated and delayed the FCA’s investigations”.

The judge said that Mr Walker’s conduct was worse because he was a solicitor.

Georgina Philippou, acting director of enforcement and market oversight at the FCA, said: “The FCA will take strong action, through both the civil and criminal courts, against those who operate illegal investment schemes and those who assist them like solicitors.

“People put their homes and retirements at risk on the back of promises of high returns that were never going to be realised. The severity of the sentences shows how seriously the courts view this kind of offending.”

The investigation, Operation Cotton, is one of the largest undertaken by the FCA to date and involved the use of the FCA’s civil powers against two of the companies through which the scheme operated. When the defendants continued with the scheme through a different company, the FCA brought an end to the scheme by taking criminal action.

The Solicitors Regulation Authority initially imposed conditions on Mr Walker’s practice in August 2012, including a requirement that “his instructions in any matters relating to land-banking or collective investment schemes are limited to the extent that he may not act for vendor or purchaser in individual sale or purchase transactions”. Then, in February 2014, the regulator shut the firm down.

His appearance before the Solicitors Disciplinary Tribunal has been delayed pending the outcome of the FCA’s action.