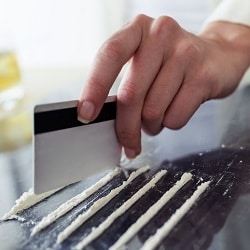 A solicitor who was jailed for four years for money laundering offences has been readmitted to the roll after the Solicitors Disciplinary Tribunal (SDT) found he had been “totally rehabilitated”.

The move was opposed by the Solicitors Regulation Authority (SRA), which said that “limited evidence of recent rehabilitation” had to be balanced against Shadab Ahmed Khan’s conviction for “serious offences involving money laundering in relation to drug dealing”.

The SDT heard that Mr Khan, born in 1971, was admitted to the roll in 1997. He was convicted at Leeds Crown Court in 2009 of one count of money laundering and two counts of failing to disclose knowledge or suspicion of money laundering.

Mr Khan had become involved “in assisting a drug dealer to launder the proceeds of crime through various conveyancing transactions” and the trial judge said he failed to report “glaringly obvious” suspicious transactions. The judge also criticised Mr Khan for not giving evidence.

He was struck off by the SDT in 2011, after he was found to have acted with a lack of integrity, but not dishonesty.

The SDT said that he had “utilised his time well” while in prison for two years by helping to teach fellow inmates English and maths.

His solicitor-advocate, Jonathan Goodwin, explained how Mr Khan had achieved “positions of trust and responsibility” with the charities Save the Mothers Trust, which helps families in developing countries, and Grange Interlink, which works with elderly people in Bradford. Both provided references for him.

Having been involved in providing unregulated legal services for several years, he worked for Bradford Council as a legal officer for a year from 2018 and, since 2019, for Certus Solicitors in a paralegal role approved by the SRA.

Certus said it would offer Mr Khan a role as a solicitor if his application succeeded.

The tribunal said that although there was a “fine balance” in this case, the particular circumstances allowed it to “exercise its discretion with an element of compassion”.

The SDT went on: “The tribunal was satisfied that this was one of those narrow category of cases where there was a route back into the profession for those who had made demonstrable, credible and real steps to rehabilitate themselves as the applicant had done.”

Public confidence in the reputation of the profession would not be damaged by readmitting Mr Khan to the roll and “might indeed be enhanced by a demonstration to the public of a profession with compassion in the right circumstances and which embraces genuine rehabilitation”.

Mr Khan first applied to return to the roll in 2017, but the SDT rejected the application, partly because it was made only six years after the strike-off.

Giving evidence before the latest tribunal panel, Mr Khan said he had been mentored by barrister Ivan Krolick, who had acted for him since 2012 and helped him realise that he had “excused and minimised his role” in the crimes.

Mr Khan agreed that, at the time of his first application, he had not accepted the basis of the conviction, but now do so “without question”.

He acknowledged that, through his actions, “a very large sum of criminal money had been laundered which he estimated to have been in the region of £224,000”. He said he had “reacquired integrity he had lost over a decade ago”.

However, counsel for the SRA said evidence of rehabilitation was “limited” and needed to be balanced against the seriousness of the offending and to allow the solicitor to be readmitted “would impact adversely on public confidence in the profession”.

She said the SRA’s approval of Mr Khan’s role at Certus was “not inconsistent” with its position on returning him to the roll – being a solicitor was more than a “mere matter of employment” – and that his “was not an exceptional case”.

Ruling that Mr Khan should be readmitted, the tribunal considered that he had “clearly reflected on his conduct and had matured in understanding and the tribunal accepted as credible and truthful [his] assurance that he now had the ability to say ‘no’ to matters which would present him with pitfalls and risks”.

The SDT imposed conditions on his practising certificate, preventing him from being a sole practitioner, a partner or manager of a law firm, a COLP or COFA or holding client money.

The solicitor was ordered to pay costs of £3,000, on the grounds that there was a “clear public interest” in the SRA “critically examining” his application.