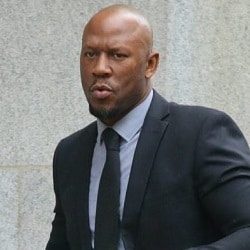 A solicitor who took £100,000 from a fine wine scam on investors has been ordered to pay back less than a quarter of the sum or face more jail time.

Michael Lloyd Wilson, 46, set up Global Wine Investments Ltd (GWI) at offices in the City of London to attract orders for expensive vintage wines such as Chateau Lafite, as an investment.

Many of the victims never saw any wine at all and others were fobbed off with lower-quality bottles when they complained.

One man, who invested £42,500 but only received one case of wine worth £8,500, was so disgruntled he obtained a court winding-up order.

Some were told they did not even have an account when they called to check on their investment.

Mr Wilson – the sole signatory to the company bank account – blamed his team of salesman and claimed he was negligent rather than dishonest.

Nonetheless, Mr Wilson was convicted of possession of £100,000 in criminal property and jailed for three years in June 2016, and also disqualified as a director for seven years. He was struck off as a solicitor in September 2017.

After his conviction, he claimed a lot of the cash was spent on his father’s medical bills in Jamaica.

Mr Wilson has now been ordered to pay back £22,131 within three months or serve another 12 months in jail.

At the trial, he accepted it was his fault for not supervising his staff properly and said he was ashamed at how badly he had managed his company. Mr Wilson told jurors: “It wasn’t intentional. It wasn’t dishonest.”

In his mitigation to the Solicitors Disciplinary Tribunal, Mr Wilson stressed again that he had not intended to defraud people.

The SDT recorded: “He stated that he had always been ambitious and had aimed to be able to retire early after placing a company on the stock exchange. He now realised that his skill set was not suited to this ambition.”

He said he had put £150,000 into the business but then taken money out to use for his other businesses, after which he lost control of the amounts he had been taken out and this resulted in “massive financial mismanagement”.

The tribunal recognised that Mr Wilson had had a “long previously unblemished record”, had shown genuine remorse and insight into his conduct. “It was clear the time he had spent in prison had had a profound effect on [him] and he had matured a great deal as a result.”

But though it concluded that Mr Wilson was unlikely to repeat his conduct, the tribunal said the criminal offence was so serious that an order striking him off was “appropriate and proportionate”.