Solicitor jailed for defrauding firm of £2.3m over seven years 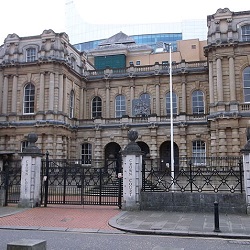 A partner who defrauded his firm of £2.3m over seven years through more than 200 improper withdrawals from client account – some of which was done with the help of a client – has been jailed for four years.

Andrew George Davies pleaded guilty to one count of fraud by false representation at Reading Crown Court, while his friend and client Stephen Allan was convicted on one count of money laundering and sentenced to three years’ imprisonment.

Mr Davies – who actually pleaded guilty in 2019 but was only sentenced this year after Mr Allan’s conviction – was also struck off by the Solicitors Disciplinary Tribunal (SDT) in March 2021 but publication of the judgment was withheld until the proceedings against Mr Allan ended.

What is now BDB Pitmans’ insurer, QBE, has paid £2.5m to the firm to cover known and unknown losses, with any excess to be returned, according to the statement of facts and outcome he agreed with the Solicitors Regulation Authority and approved by the SDT.

Between 2010 and 2017, Mr Davies, 59, paid personal invoices to himself from Pitmans, where he had been a partner since 1996 and was head of commercial property.

Mr Davies would submit self-authorised payment request forms in his own handwriting. These would often use an abbreviation in the ‘payable to’ box to hide the true identity of the beneficiary.

In addition, he raised invoices to pay to Mr Allan, 62, who was a property developer and client to the law firm.

On Mr Davies’ case in the agreed statement, the client, anonymised as ‘SPA’, was unaware that the funds had been improperly withdrawn or that it was client money; he had said he “needed to get money out” of the firm, while the client needed the cash.

Mr Allan would then “drip feed” this back to Mr Davies’s personal account and, according to Thames Valley Police, he also pocketed around £400,000 himself.

He also under-declared stamp duty land tax over nine years and over-declared it to clients, taking the £1.1m difference for himself.

The total of all these actions amounted to Mr Davies defrauding the firm and HMRC £2.3m.

He said he was sorry for his behaviour and had let his family, firm and profession down.

Detective Constable Katie Taylor of Thames Valley Police’s Economic Crime Unit said: “A solicitor who was trusted to safeguard client funds, abused this position and systematically defrauded his firm of large sums of money for his own benefit.

“He then used a corrupt relationship to launder the proceeds of his crime through a property developer.

“These professional enablers of organised crime represent a significant risk and we hope that the conviction and sentence in this case will act as a deterrent to others.

“Andrew Davies abused his position to defraud HMRC of £1.1m over a nine-year period, money that should have been used to support our vital public services.”