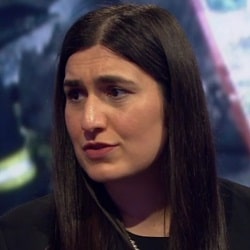 Khan: Length of jail time depends on complying with orders

A high-profile solicitor has been jailed for contempt of court after defying two court orders to hand over her practice’s files to the Solicitors Regulation Authority (SRA).

He imposed three months for the breach of each order to run concurrently and three months to secure compliance with the orders, but suspended half of it conditional on Ms Khan complying with both orders within six weeks.

If she does, that means she will be released after serving six weeks in prison, given the usual release at the half-way point of the sentence.

Ms Khan specialises is actions against the state – particularly the police and the military – and often appears in the national media. She ran Sophie Khan & Co in Leicester, with a branch office in Wimbledon, south London.

Last August, the regulator intervened in her practice, saying there was “reason to suspect dishonesty” on her part.

She is challenging the decision in separate High Court proceedings and did not comply with SRA demands to provide the firm’s papers.

When applying in September for the first order to compel her, the SRA told the court that Ms Khan indicated that she intended to continue practising, even though her practising certificate was automatically suspended as a result of the intervention.

Seeking to set this aside, she said she had sold her shares in the firm and its assets to Just for Public Ltd, a not-for-profit organisation. Leech J said he had dismissed this application, as well as a separate one to set aside the second order.

In November the SRA was granted a third order, this time to restrain Ms Khan and Just for Public from unlawfully carrying on reserved legal activities or holding herself out as being entitled to act as a solicitor. The contempt allegations did not relate to this order.

The SRA applied to have the solicitor committed for contempt. Having failed to appear at the hearing in November, Mr Justice Fancourt issued a bench warrant for her immediate arrest; a week later, she surrendered to the bench.

Leech J ruled yesterday that he was “satisfied” to the criminal standard that Ms Khan deliberately breached the first two orders, knowing she might be held in contempt of court as a result.

In determining sanction, the judge said this was “not only an attack on the administration of justice… but also defiance of her regulator”.

He continued: “The powers of the SRA to intervene in a solicitor’s practice are intended to protect both members of the public and public confidence in the profession and there is a strong public interest in ensuring that solicitors co-operate promptly with the SRA.

“Finally, Ms Khan is a solicitor and should be held to a higher standard than an unqualified defendant.”

Leech J acknowledged that the SRA was unable to point to any prejudice or harm which her clients had suffered but said “the nature and length of the breach and the degree of Ms Khan’s culpability suggest that an immediate custodial sentence is justified in the absence of any other mitigating factors”.

He gave “full weight” to her doctor’s assessment that “she was suffering from work-related stress and anxiety due to the ongoing litigation with the SRA and that it was continuing to have a profound effect on her mental and psychological well-being and affecting her comprehension and understanding of that litigation”.

Leech J said: “This cannot excuse Ms Khan’s conduct but it goes some way to explain why she adopted such a wrong-headed attitude to the intervention and to the subsequent court orders.”

He also took account of the effect of the litigation on Ms Khan’s personal and professional life and that “a period of imprisonment will be extremely hard for her given her psychological condition and the current pandemic”.

However, Leech J rejected the SRA’s request that the court also strike off Ms Khan for the contempts.

“I am not satisfied that this is an exceptional case in which the court should exercise its jurisdiction to strike a solicitor off the roll,” he said.

“In particular, I am not satisfied that justice requires the court to exercise its inherent jurisdiction to adopt a summary procedure on the hearing of a committal application.

“In my judgment, it is more appropriate for the SRA to take proceedings before the SDT [Solicitors Disciplinary Tribunal] in the normal way if it wishes to secure an order that Ms Khan should be struck off.”

This reflected the fact that Ms Khan’s application to set aside the intervention has not yet been heard; were it to succeed, it could have a significant effect on any sanction imposed by the SDT.

There might also be “other, wider grounds of mitigation bearing on the conduct of her practice which Ms Khan may be able to put before the SDT but which would have no bearing on the applications before me”.