Solicitor jailed for 21 years over sex offences struck off 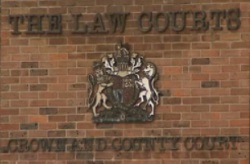 A solicitor has been struck off after being jailed for 21 years for sexual offences, in which he used his professional status to hide his actions.

Glen Bartlett, 61, was convicted in September 2017 at Norwich Crown Court of 10 counts of buggery (involving Person A) and two counts of indecent assault on a male (Person B).

In addition to his sentence, he was ordered to be placed on the barring list by the Disclosure and Barring Service and to sign the Sex Offenders Register indefinitely.

Bartlett, who qualified in 1981, continues to assert his innocence and told the Solicitors Disciplinary Tribunal (SDT) that, though he accepted he would be struck off, if his efforts to overturn the convictions were successful, he reserved his right to apply to have his name restored to the roll.

The SDT recorded that Person A was 10 when Bartlett began to abuse him sexually, and 11 when the buggering began and continued frequently for the next four years. Bartlett was 12 years older.

“The judge found that, because the respondent was well thought of within the family and training to become a solicitor, other adults did not question the time he spent with Person A…

“As time passed, the respondent reminded Person A of [his] status as a solicitor, leaving him with the enduring impression that the respondent’s word would be accepted over his, both within the family and beyond.”

Her Honour Judge Moore found that Bartlett had indecently assaulted Person B on an occasion when he was aged 14 or 15, and on another occasion when Person B was obliged to share a room with him on holiday.

The SDT said: “The judge had made findings as to the adverse effect that the respondent’s behaviour had had on both Person A and Person B.

“She had also found that the respondent had used his position as a trainee solicitor and subsequently as a solicitor to both hide his actions and to prevent Person A from speaking out.”

There was, the SDT concluded, “no other possible sanction” than to strike Bartlett off.