Solicitor on hook for £4.65m losses caused by fraudulent partner fails in bid to have insurer pay 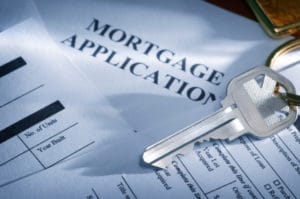 A solicitor whose law firm partner has gone to jail for four years for mortgage fraud has lost her bid to have the £4.65m losses being sought from her covered by the firm’s professional indemnity insurer.

Barclays Bank and Heritable Bank both entered judgments against Shirin Rahim to recoup the losses, even though she was not alleged to have had any personal involvement in the frauds.

The High Court ruled yesterday that Arch Insurance Co (Europe) Ltd was justified in exercising the dishonesty exclusion in its policy to exclude its liability for the losses.

It found that Ms Rahim had acted dishonestly in certain respects and had also condoned what was going on at the firm.

HHJ Waksman QC, sitting as a High Court judge, expressed “some sympathy” for her predicament in working for Shariful Islam as a single mother needing work.

“I am sure she would have much preferred to work elsewhere if she could, especially as time went on. But unfortunately for her, this cannot affect the question as to her own dishonesty which I have determined against her,” he said.

Ms Rahim began working for Mr Islam in 2004, about the time she qualified as a mature student at what became O’Sullivan Law (OSL).

Ms Rahim’s pay throughout was £1,500 gross per month on a self-employed basis. To begin with, she did mainly immigration work but at Mr Islam’s request she moved into conveyancing.

In around February 2005, Mr Islam told her that she was now a partner so that the firm could remain on lender panels, although none of her work or remuneration changed. This was not recorded in writing and was evidenced only by her name on the firm notepaper – the judge said she was at least a partner by holding out.

“It is common ground that in fact there was a very substantial amount of mortgage fraud going on at OSL presided over by Mr Islam,” the judge recorded.

“Its principal form was misleading lenders to make mortgage advances based on a sale price which was higher than the true price in circumstances where the lenders would not have lent as much had they known the real price. The actual price was either simply a lower contract price or the notional price less a discount, allowance or bonus for the purchaser.”

In May 2007 Barclays visited OSL and removed some files, and the next day returned with representatives of the Solicitors Regulation Authority. The regulator closed the firm down the following month.

In 2011, Ms Rahim was fined £2,000 by the Solicitors Disciplinary Tribunal for signing certificates of title while failing to disclose material information to her lender clients, failing to act in their best interests, and other matters. The case was not put against her on the basis of dishonesty.

Mr Islam was struck off in his absence and earlier this year was sentenced to four years in prison for fraud.

Ms Rahim asked the court to rule that Arch was not justified in applying the dishonesty exclusion.

However, the judge found that she had facilitated, but not instigated, mortgage fraud by not reporting price discrepancies to the lenders.

HHJ Waksman said that at times in her evidence Ms Rahim made the “ridiculous suggestion” that she did not know she was acting for the lender as well as the purchaser-client, but it was clear she did.

The judge then looked at 11 specific cases and found that 10 of them “clearly establish a course of conduct over a 20-month period from July 2005 to February 2007 during which she deliberately misled the lenders as to the true purchase price, consistent with the mortgage fraud being practised by others at OSL including Mr Islam and under his overall control”.

He continued: “As to motive, I reject the suggestion that because she did not receive any reward for taking part in the fraud it must follow that there was no reason for her to be dishonest.

“On the contrary, she desperately needed this employment and in my view was prepared to take a serious professional risk so that she could earn a steady wage even if a low one, in order to look after her family.”

Ms Rahim also condoned what was going on, HHJ Waksman said: “There can be no doubt that Ms Rahim knew perfectly well that she was part of a significant and systematic mortgage fraud being perpetrated at OSL…

Accordingly, he concluded Arch could rely upon the dishonesty exclusion and Ms Rahim’s claim failed.

She is currently practising as a conveyancer in south London.