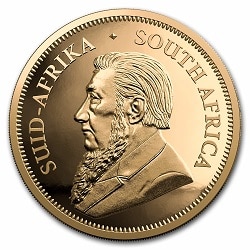 A sole practitioner described by the Solicitors Disciplinary Tribunal (SDT) as the “perfect target” for the promoters of dubious investment schemes has been struck off.

The SDT said Stuart Anthony Kaufman was struggling with “illness and financial difficulties”, and “his need to replace income lost to legal aid cuts had been exploited by others”.

Counsel for Mr Kaufman said he had a run a “classic criminal law firm”, and despite “some fraud and money laundering work”, had “very little experience” of handling client money or giving business or financial advice.

As a result of legal aid cuts, by 2015 he had been struggling to keep his business afloat, the tribunal was told.

“He was a perfect target for organised criminals in that he was a sole practitioner with a client account which they could use to their own purposes.

“He was easily manipulated and vulnerable to suggestion, as well as being open to temptation due to his financial circumstances and illness.”

Mr Kaufman was born in 1954, admitted in 1981, and was the sole director of Manchester firm Kaufman Legal from October 2010 until it was closed down by the Solicitors Regulation Authority (SRA) in November 2015.

He admitted 10 allegations, ranging from facilitating dubious investment schemes, breaching money laundering regulations and allowing his client account to be used as a banking facility. He admitted having acting dishonestly.

The schemes promoted the leasing of financial instruments – one investor was told he could obtain a bank instrument worth $50m by proving he had access to €100,000, which was also the upfront fee to progress the transaction – and the purchase and sale of Krugerrands.

In each of four transactions identified by the SRA, between £47,000 and £200,000 was paid into Kaufman Legal’s client account; in three cases, those funds were dispersed otherwise in accordance with the escrow agreement between the promoter of the schemes, investor and solicitor. In the other case, the money was repaid.

The tribunal heard that, at one point, Mr Kaufman drew up and signed an ‘employment agreement’, the effect of which was that he and his firm would work full-time and under the control of the promoter. He was also representing the investors.

The SDT said Mr Kaufman had not initiated the schemes or “been a prime mover” but he had “played an active role” in them.

The solicitor was experienced and “should have known from the start that what he was doing was wrong” but “he had clearly intended to benefit financially from the arrangements”.

The SDT said the “very nature of the reputation of solicitors” was the reason that Mr Kaufman had been targeted and it was “damaging to that reputation” that he had gone along with it.

“The matters were mitigated by the fact there had been some deception on the part of others. However, the misconduct was his responsibility.”

Mr Kaufman’s disciplinary hearing began in November 2018, but was adjourned three times because of his ill health – first until January this year, then after the solicitor became unwell while giving evidence until March and finally until June.

At the final hearing, Mr Kaufman admitted the SRA’s first 10 allegations and then he had acted dishonestly in five of them. The tribunal responded by agreeing to stay eight further allegations.

Counsel for the SRA said the regulator recognised that Mr Kaufman was “himself a victim” and his dishonesty was “the result of ‘others more wicked than he’”.