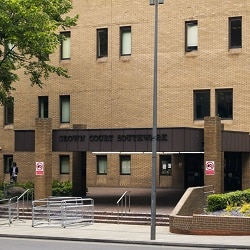 A solicitor who downloaded thousands of indecent images of children and shared some of the material online has been handed a suspended prison sentence.

Mohamed Ismail, 35, was caught with more than 15,000 obscene videos and stills.

Mr Ismail, who studied in Singapore, admitted having 1,076 videos and 2,173 images of the most serious category A.

He also admitted having 221 videos and 2,476 still images, categorised as B, as well as distributing indecent videos and images of children online.

He was handed a 16-month sentence, suspended for 18 months and ordered to pay £100 costs.

He was working for Coutts at the time of his arrest – but no longer is – and had also worked for US firms K&L Gates, Latham & Watkins and Goodwin Proctor.

Mr Ismail was also given a sexual harm prevention order prohibiting him from using internet browsers or messaging apps which do not save their history.

He will be required to submit any electronic devices for inspection by the police upon request as well.

His Honour Judge Grieve QC at Southwark Crown Court said: “It imposes considerable restrictions on his use of the internet, software programmes, and he must make his devices available to the police.

“I’m satisfied that the making of the order is necessary for the protection of the public from sexual harm, in particular children, going as close as one can to preventing him from accessing this type of material in the future.

“It is an offence to breach the terms of the order, which carries a sentence of up to five years.”