Solicitor found in criminal contempt for “act of colossal stupidity” 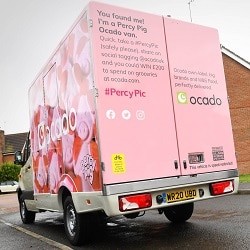 A senior City partner who told a client to “burn” a private messaging app after it was served with a search order has been found guilty of criminal contempt of court.

Mr Justice Adam Johnson described the conduct of Raymond McKeeve, at the time a partner at Jones Day, as a “spontaneous act of colossal stupidity”.

Mr McKeeve was acting for a company, Today Development Partners (TDP), set up by one of the founders of Ocado and that was trying to get Marks & Spencer’s grocery delivery business.

The high street giant went instead with Ocado, which then became aware of events behind the scenes and believed TDP had misappropriated its confidential information.

Ocado obtained a search of premises and preservation of evidence order. There is a substantial underlying claim and counterclaim.

Within minutes of being notified of the order, as it was being executed, Mr McKeeve instructed his client’s IT manager to “Burn it”. The manager then deleted or disabled various IT accounts including one known as the 3CX app, a private messaging system. As a result, any messages sent via 3CX were irretrievable.

Mr McKeeve subsequently apologised and referred himself to the Solicitors Regulation Authority.

Adam Johnson J considered his apology to be genuine but found: “Although he accepted that he had been guilty of a serious error of judgment, Mr McKeeve did not feel able to admit liability for contempt in any form… he exhibited an almost visceral reaction to the idea of it.

“Although conscious that he had done something wrong, Mr McKeeve could not quite bring himself to accept that what he had done wrong might amount to a contempt of court.”

This mindset “coloured parts of his evidence”, the judge went on. “At times I considered him to be unduly defensive and unwilling to accept the obvious… Thus, although I did not regard Mr McKeeve as a deliberately dishonest witness, I do not feel able to accept all the evidence he gave.

“In my judgment, his genuine sense of shame and embarrassment, perhaps taken together with the passage of time and the fact (which I accept) that the key events unfolded at high speed, have led to his recollection becoming distorted.”

Mr McKeeve’s case was that he had no idea what the search order related to or what in practice it meant but was “immediately concerned” about the fact the name of his wife – the at the time newly elected Brexit Party MEP Belinda de Luce – had been used on 3CX as an alias for a senior Ocado employee who had helped TDP and was on gardening leave ahead of joining it.

“My gut reaction was to try to protect Belinda and my sole concern was to avoid having my wife dragged into a potentially embarrassing, high-profile investigation, where her name had been used without her consent and without her knowledge,” he said in earlier proceedings.

Mr Justice Marcus Smith originally held that there was not a prima facie case to commit Mr McKeeve, a decision overturned by the Court of Appeal last year.

Adam Johnson J found him guilty on one of the four grounds put forward, namely that he intentionally interfered with the due administration of justice by intentionally causing the destruction of documentary material on an electronic data storage device as defined by the search order.

“To my mind, however, this relies on too narrow a conception of what is meant by the due administration of justice,” Adam Johnson J said.

“It not only encompasses the eventual outcome of a dispute or trial being compromised. It also encompasses the principle that the purpose of interlocutory orders made by the court pending trial should not be undermined.”

The judge described as “implausible” the idea that Mr McKeeve was party to a pre-arranged plan to delete the 3CX app in such circumstances.

“Involvement in such a conspiracy would have involved an enormous risk for Mr McKeeve, an experienced and successful solicitor.

“It is difficult to see what motive Mr McKeeve would have had to assume such a level of risk for a sole client, when he had a thriving practice as a finance specialist which plainly motivated him and which he was proud of.”

The judge accepted that “a concern over his wife’s position was a motivating factor for him at the time”, reflecting a “wider sense of frustration” Mr McKeeve felt about his clients’ “irresponsible behaviour” as well as “a sense of frustration and annoyance at himself for having permitted the line between his personal and professional lives to have become blurred”.

Adam Johnson J went on: “He saw this mix of factors presenting a potential source of embarrassment to his wife and possibly to himself.

“Mr McKeeve is a direct and forceful man and he wanted to do something about it. His solution, which I accept was arrived at impulsively, was to get rid of the 3CX App…

“His act was not inspired by a conspiracy; instead, as it seems to me, it was Mr McKeeve’s own spontaneous act of colossal stupidity.”

But motive was different from intention, the judge stressed, and he was satisfied that the solicitor’s intention was to take steps to put the 3CX app out of reach to those conducting the search permitted by the order.

The judge adjourned consideration of the sanction and costs.

An Ocado spokesman said: “We felt compelled to bring this solicitor’s conduct to the attention of the court as it was the right thing to do. Ocado has been vindicated in its decision to do so.

“We welcome the judgment but take no joy in it. It is regrettable that a solicitor failed in his duty to uphold the administration of justice and was found to be in criminal contempt of court.”