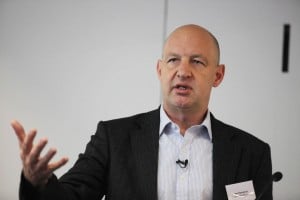 A Birmingham solicitor has become only the fourth lawyer to be found in contempt of court as a result of legal action taken by the Legal Ombudsman (LeO).

Guy Bailey – director of Reward Litigation Solicitors – was also hit with a fine of £5,000 plus costs, after holding on to important files and failing to update his clients throughout their case.

According to LeO, his clients complained “after it became apparent that the lawyer… was holding up their pursuit of medical negligence compensation”.

LeO ordered Mr Bailey to return the files – which were pivotal to taking the claim forward – but court action became necessary after he repeatedly ignored the requests, which are legally binding. As a result of the delay, the claim was time-barred.

Elaine Shail, one of the clients, said: “We were told by Mr Bailey in the early stages that we had a strong case for claiming compensation. This would have helped to pay for my husband’s care and a car so that I could visit him at his care home and take him out to see family.

“Instead we have had to take out a home equity loan. I’m afraid I’ll have nothing to pass onto my children as a result.”

Mrs Shail added: “We both feel angry, upset and exhausted as this issue has been dragging on now for almost two years. I don’t know what we would have done without the Legal Ombudsman’s help.”

Last year, LeO started 213 formal enforcement cases and recovered a total of £97,000 through actual or threat of legal action on behalf of customers. It has only had to take three other lawyers all the way to a contempt – one received a suspended prison sentence, another a fine, while the third is still awaiting sentencing.

Chief Ombudsman Adam Sampson said: “I have real sympathy for Mr and Mrs Shail. This is the last thing they would have expected when first instructing a lawyer. I’m just pleased that we were able to support them in putting things right.

“What this case shows is that the Legal Ombudsman has teeth. Once we have made a decision, the lawyer is required, by law, to comply with that decision. I believe it’s important we have these powers so consumers know that they can trust the ombudsman to resolve an issue.

“Having said all that, the majority of lawyers are helpful and co-operative when assisting with our investigations.”

Mr Bailey did not respond to requests for comment yesterday.

LeO is also publishing today a new guide for older and vulnerable consumers with advice on how to find a suitable lawyer, what legal terms mean and some of the risks.