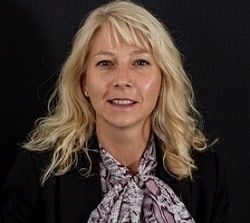 A solicitor and the firm where he is a partner have been ordered to pay more than £16,000 in fines and costs for refusing to give documents to The Pensions Regulator (TPR) which were required as part of a wider investigation.

They are the first criminal convictions secured by TPR, which is the regulator of work-based pension schemes in the UK. But the firm, while admitting the wrongdoing, has struck back strongly at the regulator’s actions.

Anthony Wilson, the managing partner at London-based Ashley Wilson Solicitors, failed to provide the required documents to TPR despite being pursued for them for almost nine months.

TPR said the documents related to a property linked to an individual who was involved in a “pension scam” investigation. Neither Mr Wilson nor the firm was connected with the investigation and there was no suggestion that they had done anything wrong in their dealings with the property.

TPR said it issued a notice to Ashley Wilson Solicitors requiring that information be provided to its staff. However, the firm claimed that it was having trouble obtaining the documents as they were stored at a separate site. Shortly afterwards, Mr Wilson confirmed that he had located the documents, and would provide them to TPR, but did not do so.

“Despite TPR staff making numerous requests for the information, it was only when they entered the offices of Ashley Wilson Solicitors LLP in Ives Street, Knightsbridge, with a search warrant in March 2016 that the documents were secured.”

TPR decided that the failure to hand over the documents was so serious that it merited the criminal prosecution of both Mr Wilson and his firm – the first time TPR has taken such action.

At Brighton Magistrates’ Court on Tuesday, both pleaded guilty to refusing to provide documents required under section 72 of the Pensions Act 2004 without a reasonable excuse, which is an offence under section 77 of the Act.

Sentencing them, District Judge Christopher James said that information notices were an important enforcement tool for TPR that had been used appropriately in the case.

“He commented upon the lack of corporate governance at Ashley Wilson Solicitors LLP,” TPR said, and that insufficient ‘checks and balances’ operated between the partners.

Nicola Parish, TPR’s executive director of frontline regulation, said: “Our staff received a series of woeful excuses rather than the information they had requested. This was a case of the company refusing to comply with the law.

“Legal action could have been avoided if Mr Wilson or someone else at the firm had simply handed over the documents, as they should have done, because the information had already been retrieved from storage.

“As the court recognised, information notices are a key enforcement tool for TPR. We will not hesitate to prosecute those who prevent us gathering the vital data we need for our investigations. Refusing to comply with a legal request from The Pensions Regulator will not be tolerated.”

In a statement, Mr Wilson said: “The press release of the Pension Regulator, whilst technically correct, is misleading in that there was no wilful refusal to hand over documents by me or any other person in the firm. [There was] simply a concern relating to our duty of confidentiality towards clients and my personal failure to prioritise addressing the regulator’s request.

“The LLP itself was in my view penalised inappropriately as my partners knew nothing about it, which was acknowledged by the Pensions Regulator in their own evidence.

“In view of the fact that this was the first occasion in which a solicitor had been prosecuted under section 72 of Pensions Act 2004, it appears that the Pensions Regulator was determined to pursue the prosecution to its conclusion notwithstanding the harm potentially being done to innocent members of the practice to emphasise the extent of its regulatory powers generally.

“It is important to emphasise that the file requested and obtained by the Pensions Regulator revealed no information which was of value to the Pension Regulator’s enquiries. The decision to prosecute was made many months after the file had been disclosed.”